OH-6 for Flames of War

Here is a teaser of my OH-6 Loach's. I am really excited about seeing these guys on the board with my 11th Cav. 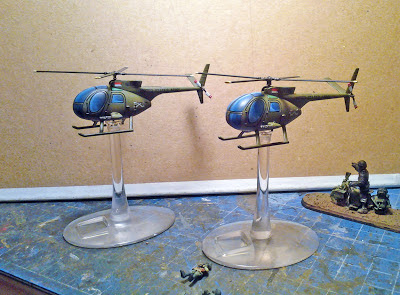 Posted by Amroth at 8:56 AM No comments:

Email ThisBlogThis!Share to TwitterShare to FacebookShare to Pinterest
Labels: Vietnam

Volksgrenadiers take on the Yanks

This weekend I was able to get in a couple of Flames of War games.
I realized that I had not played a WWII FOW game in a month or more, wow! 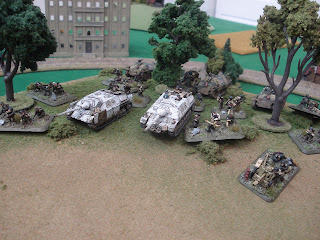 My first game was against Bryan and his Chaffee's of DOOM!
Sorry for the pictures being blurry, I forgot my tripod. 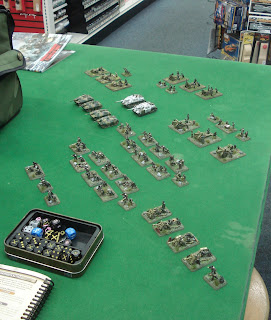 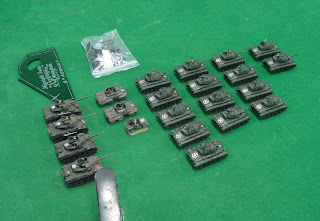 The mission was surrounded, and I was... surrounded. 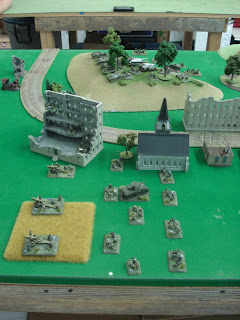 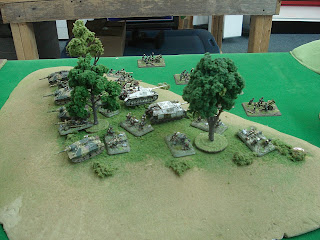 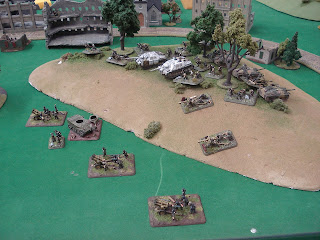 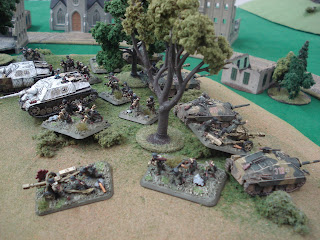 The Chaffees surged forward and shot up my 152mm Howitzers and the TD's killed a Panzer IV/70 since both of those units were trained. In hindsight I forgot to us a 3+ gun save on my howitzers since they were gone to ground. 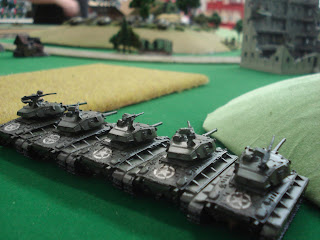 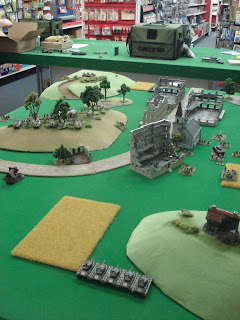 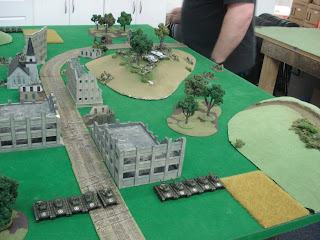 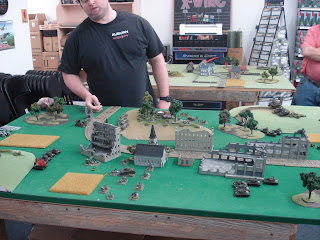 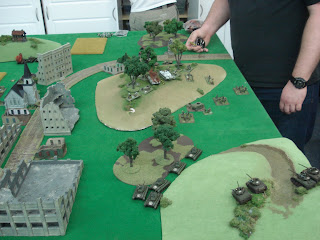 Bryan brought out the 5 tank Chaffee platoon to kill the  Neb's and Pak50's but their shooting flopped, and the return fire from the PaK50's at close range ended them. 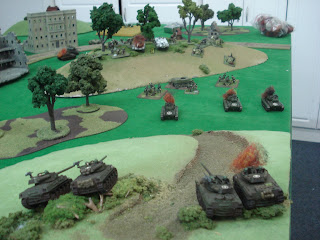 The Hetzers then moved through town to support the Volksgrenadiers dug in to the second objective and with help from the last 152mm gun, took out the last Chaffee platoon. 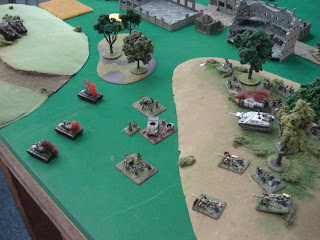 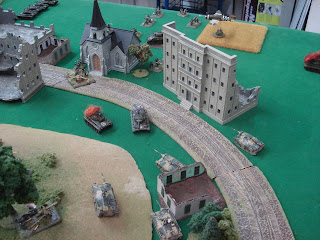 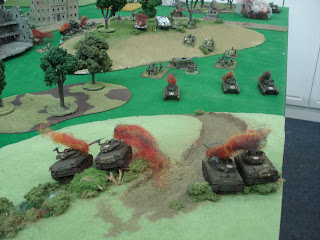 This game was fun with the first turn going very well for Bryan, he killed a Pak40, two 152mm Guns, a Panzer IV/70 and a Nebelwerfer. My return fire was inefficient, my first turn, as I maneuvered for shots. Bryan was all over my position by turn two but gone to ground, concealed vets, paid off and I survived relatively unharmed. I then took out a great many Chaffees the next turn and reduced his firepower significantly.

Posted by Amroth at 8:33 AM No comments:

I've finished up 10 T-55's, 3 PT-76's, 5 BTR-50's, 4 ZSU-57's and a Company of infantry for my 1967 Egyptians. Things have been very busy at work lately so I haven't gotten many games of anything in over the last few weeks. But I've been painting, so to keep my motivation high I took some pictures of my Egyptians on the table.