This is mainly so that I could get some of my recently painted and finished Israeli miniatures on the table, even if it was to just take some pictures of them and not to play a game.

I reveal to you a sideshow of cause and effect in the desert of the Sinai Peninsula in 1967. 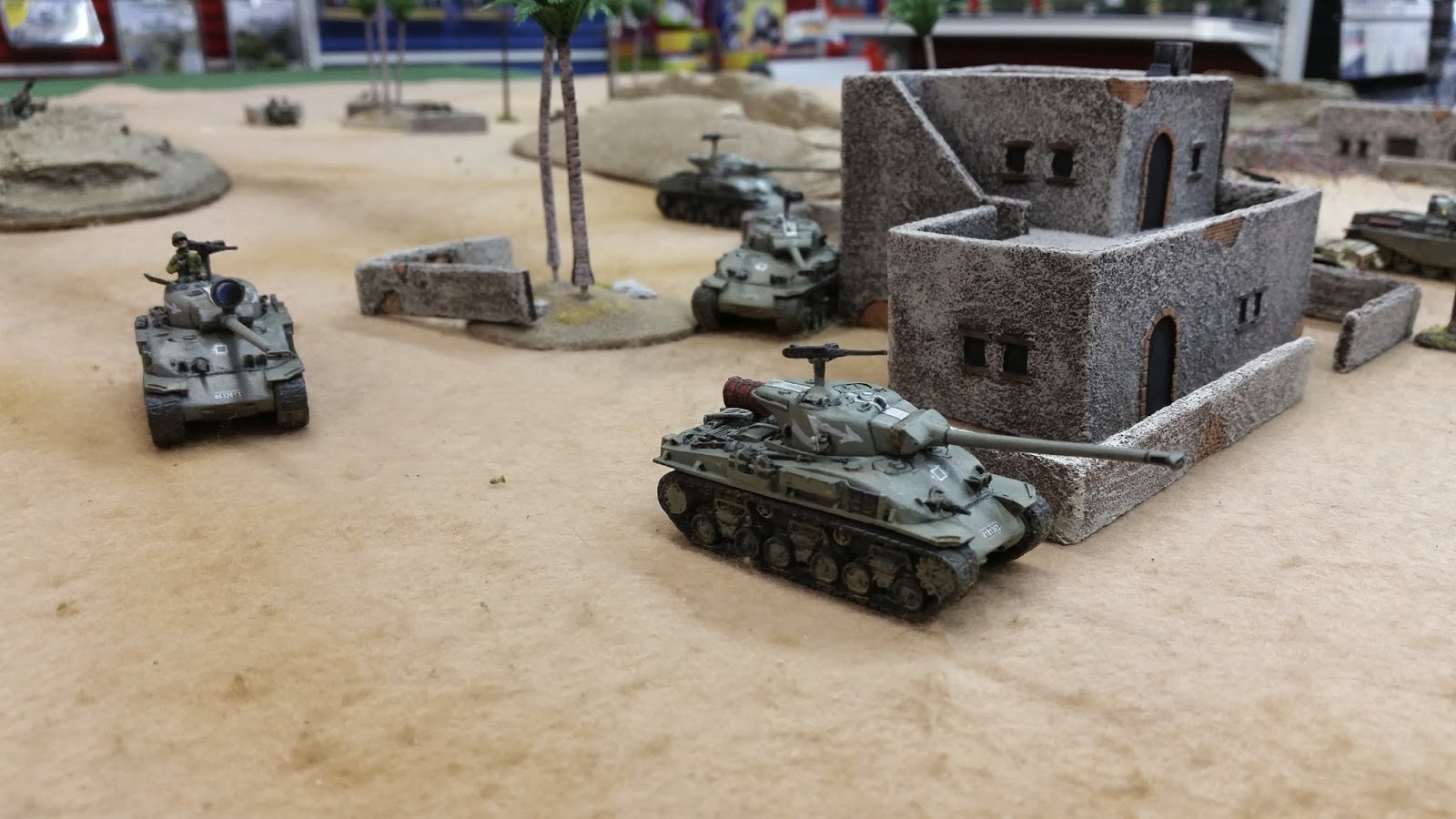 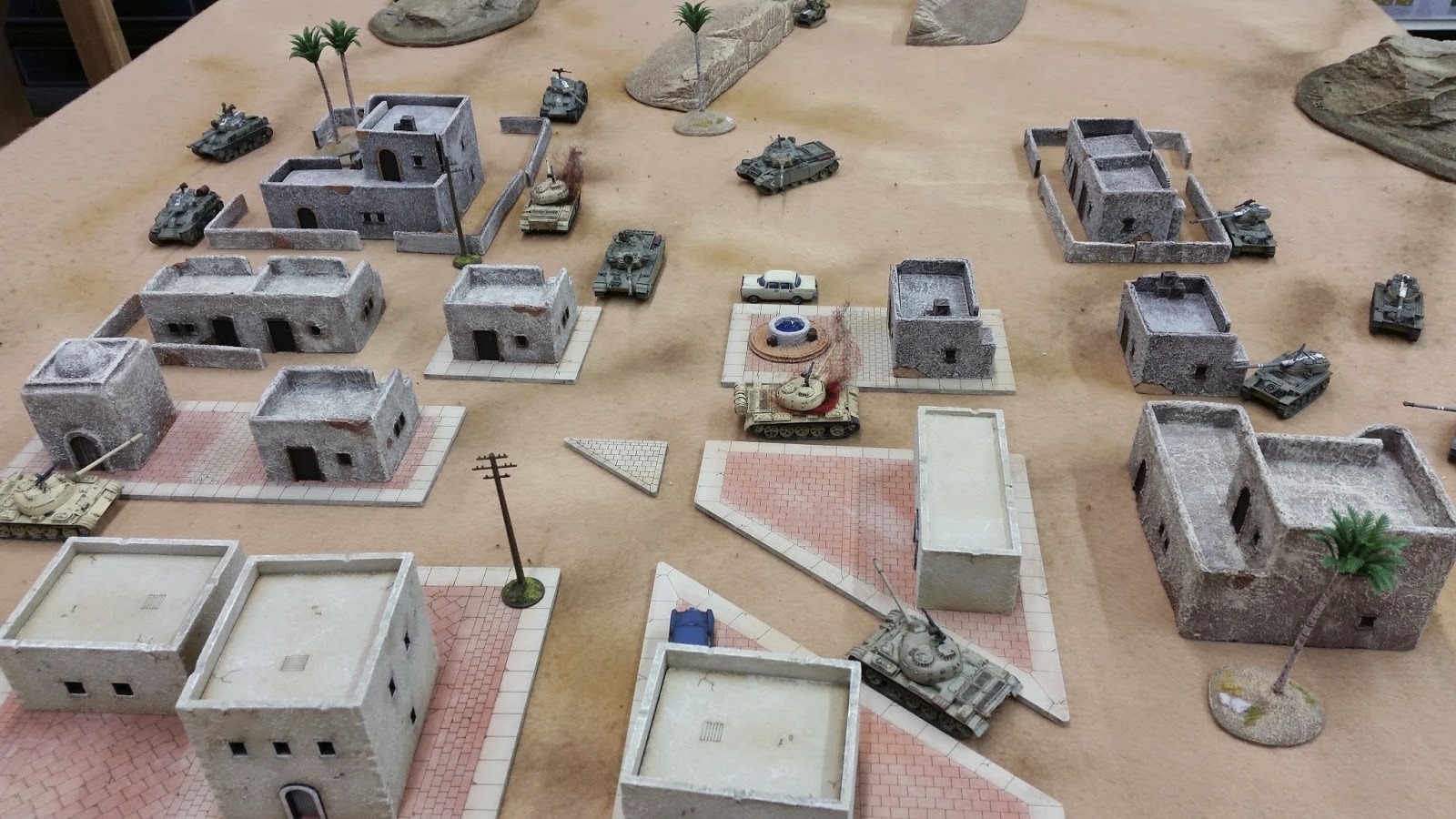 When battlefront announced that they were moving into the Six Days War time period I was ecstatic. Mainly because I wanted them to make great new models for the time period, and the one I was most excited about was the M51 Isherman!

Sure enough, the miniatures were great, bbbbuuuuttttt... I am a fool for variety and the BF model was only a single variant of the M51 with the M1A1 hull, and there are several variations of both the M50 and M51, mostly in the hull. So why not just well enough alone, and be happy that I now have great M51 models? The simple answer is I have a problem, and so I began to customize my M51's. 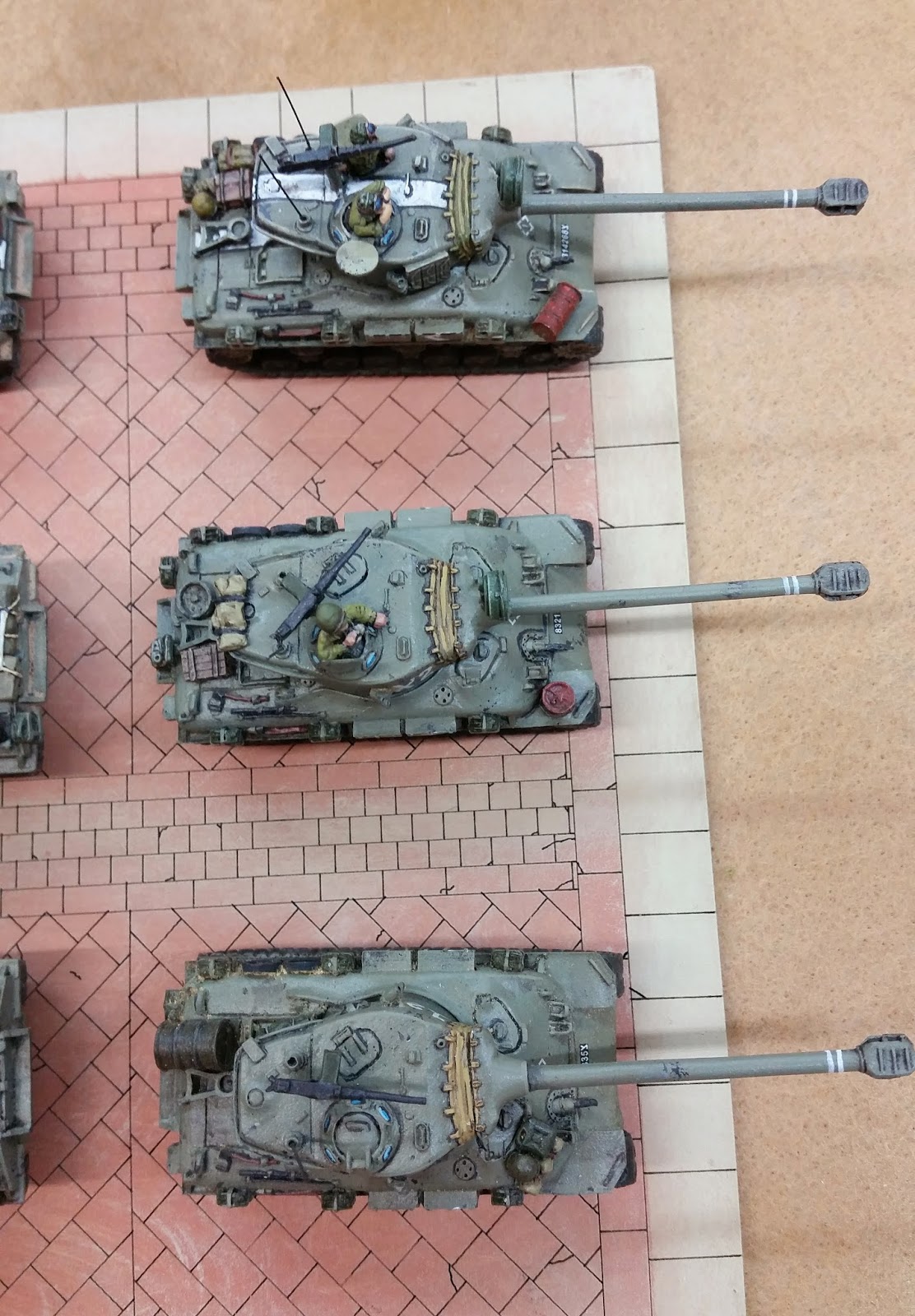 The other, which takes a little more time is replacing the M4A1 Sherman hull with the M4A3 Hull from the Easy Eight miniature. This required  removing the travel lock on the front of the tank and adding a larger travel lock for the barrel on the back deck. I also added stowage boxes and fuel cans on the side of the tank. The engine decks were also slightly different, but I just cover the easy eight decks with stowage, the lazy way out.

The last is covering the individual tracks on the side of the turret, with a cloth square that has the numbers and markings on it. I have read tank commanders would use these in case their command tank was disabled or knocked out, they could easily move their markings to a new vehicle.

These are just a few things I've done to better represent the mis-matched nature of most Israeli vehicles of the time and to add some differences to my dozen M51 Shermans!