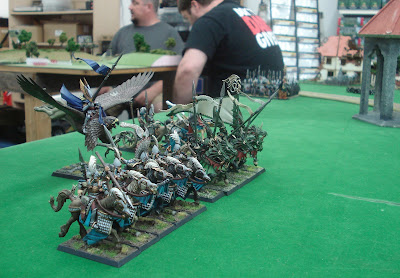 The High Elves were my first miniature wargames army over a decade ago, I even bought them with I was traveling though Nottingham on vacation. Probably should have waited till I got back to the states to buy miniatures, since they took up a ton of room in my suitcase, but I was young. After playing Warhammer (both Fantasy and 40k) for years I really struggled with the counter intuitive rules and the lack of variety in the armies. For example, how is it that a Leman Russ battle tank can get a cover save behind a line of little guardsmen on foot? As for the variety issues, GW has helped that with the new HE book, by moving more units to core.

Then there is the fact that Flames of War came along and won me over completely, so I sold most of my Warhammer and 40k armies. However I am first and foremost a modeler and painter so when the 8th Edition came along and I saw the new High Elf plastics in the starter box I began to quietly pick them up on ebay and trade for some, just to paint.

Recently while playing FOW someone came in asking if anyone played Warhammer and I let it slip that I could put together a High Elf list in a pinch. So we meet up last week and I got in my first Warhammer game in almost a decade. Long story short, it was tortuously long. Both of us were rusty, but in four hours I got in one turn, one turn. In the words of a great fellow Alabamian, "And that's all I'm going to say about that."

I'm going to be positive. I liked a lot of the changes in the 8th Edition and I see how it could be a great game for campaigns, but the game length was killer. The random elements of the 8th edition really appeal to me as story driven gamer. Not an auspicious return to Warhammer but I will give it another shot, since both of us had not played in a long time.

I'll leave you with some pictures of the game...

11th Cav ready to Roll Out!

My 11th Armored Cavalry Regiment for FOW Vietnam is almost ready for action, I'm just working on my last three Sheridans and a few infantry stands for the Blackhorse cavalry platoons. This force painted up very quickly and easily. Unfortunately while several people in the area are working on Vietnam forces, only one has North Vietnamese. Looks like my Sheridans will need to take Shillelagh missiles to help deal with all the Australian armor.

I will reiterate what I've read on several other blogs, and that is the new plastic kits from Battlefront are great! The M113s and Loaches went together beautifully. 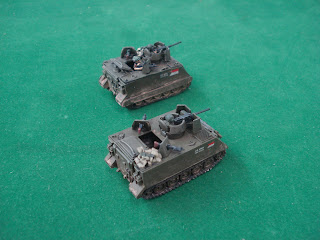 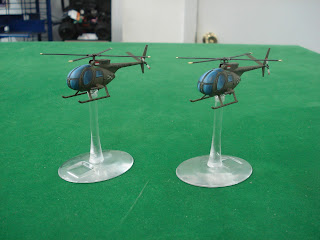 Posted by Amroth at 8:14 AM No comments: