Following up on my Imperials for Star Wars Armada last week, this week we have the Rebel Alliance!


It is a pretty standard force with the addition of some of Utar's 1/7000th scale Corellian Corvettes and an Armada scale Assault Frigate Mk I.

I will come out and say it, I really dislike the FFG's Assault Frigate Mk II, it seems so odd that that was the first major Rebel capital ship that FFG's came out with. It is a thing of personal preference and for me the aesthetics of the MK II are awful. So I will be replacing mine with a much preferred Assault Frigate MK I, based off the hull of my favorite, the Rendili Star Drives Dreadnought Heavy Cruiser. I picked up Utar's new resin kit and like the Dreadnought is an amazing miniature! The detail is incredibly crisp and the scale fits in perfect with the other ships. 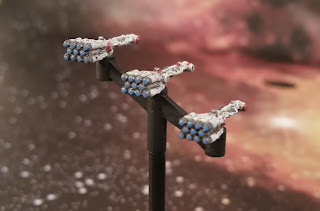 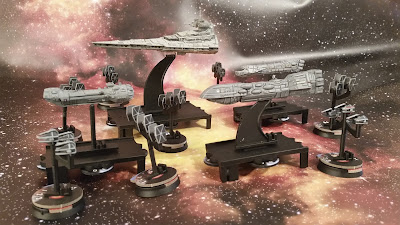 Hello everyone, things have been rather busy in real life!


Just a quick post of my Imperial Fleet for Star Wars Armada. I wanted to represent an Imperial Task force far from the core planets that would not have the newest and best equipment. Or more importantly I wanted to get all the cool minis of spaceships I once read about in the expanded universe! I read my first Star Wars novel in middle school when I was home sick from school, it was Heir to the Empire by Timothy Zahn and I was hooked for life, or at least until they brought in the Yuuzhan Vong... But for some reason the Dreadnought heavy cruiser from those novels became my favorite capital ship in Star Wars, fingers cross it becomes cannon sometime.

When Fantasy Flight announced Star Wars Armada I was incredibly excited. Imagining massive capital ships maneuvering around while swarms of fighters brawling in between, really spoke to my inner geek. I have purchased all of wave one and then supplemented it with some of Utar's Custom Ships. 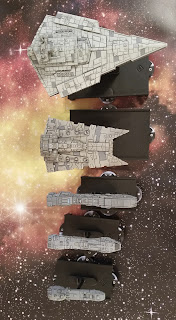 Today is a quick update with some pictures I have had around for a while now. These are 6mm Titans for Epic 40k.

I won't get into a rant about Games Workshop and their way of doing things, its just safe to say I'm not a fan. One of the reason I don't have any wish to play Warhammer 40k is the scale, Superheavy tanks and titans on a 4'x6' table, in 28mm... no thanks. Every time a see a game of Warhammer 40k Apocalypse it just looks like a parking lot of miniatures packed side by side. However in 6mm... :)

But do I really enjoy the 40k universe?

I had read the occasional 40k book for the last 15 years of so, but it was the Horus Heresy books that really hooked me. The prospect of a golden age of humanity amongst the stars... ruined by betrayal, good stuff! That is why last year I started collecting all the old Epic 40k mini's I could get my hands on as I think it really captures the huge scale of the conflict.

Here in all of their glory are the loyalist titans of Legio Astra. As with the traitor titans of Legio Mortis I put up a few months ago, these represent a titan force from the Horus Heresy. I have really enjoyed painting and customizing these old miniatures. 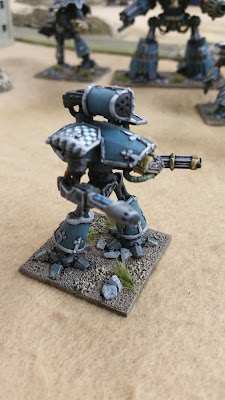 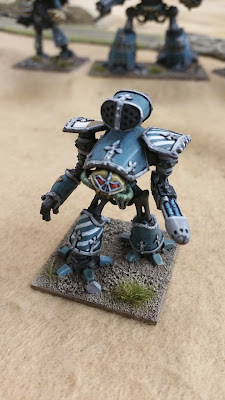 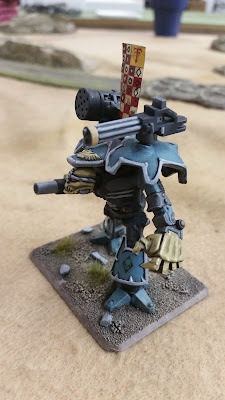 I have really enjoyed this project. Not for sure about the Epic 40k Rules, but many people still like and update them, even if the game has been officially abandoned by GW.