Okay time to show a little love to my Egyptians. I finally broke down and bought a couple of boxes of Battlefront IS-3m's. While they are pricey, (I got mine somewhat cheaper) the tanks are very cool. The IS-3m is the last of the Soviet heavy tanks and is an absolute monster, squat and dangerous looking, the IS-3 is a frightening beast to tackle.

In game its front armor is the same as the later designs like the T-55, M48 and Centurion with a higher side armor. What really hurts this brute is the Hen and Chicks rule along with its rate of fire one weapon. The lack of stabilizers really kills its ability to fight any kind of mobile battle, but neither could its historical version.

But I have found that a heavy Egyptian force is very difficult for any Israeli force to tackle.


Most Israeli forces just can't cope with that many high front armor, high AT tanks. In a mission with reserves I can place 22 front armor 12 tanks on the board.

But without further ado, here are the pictures. 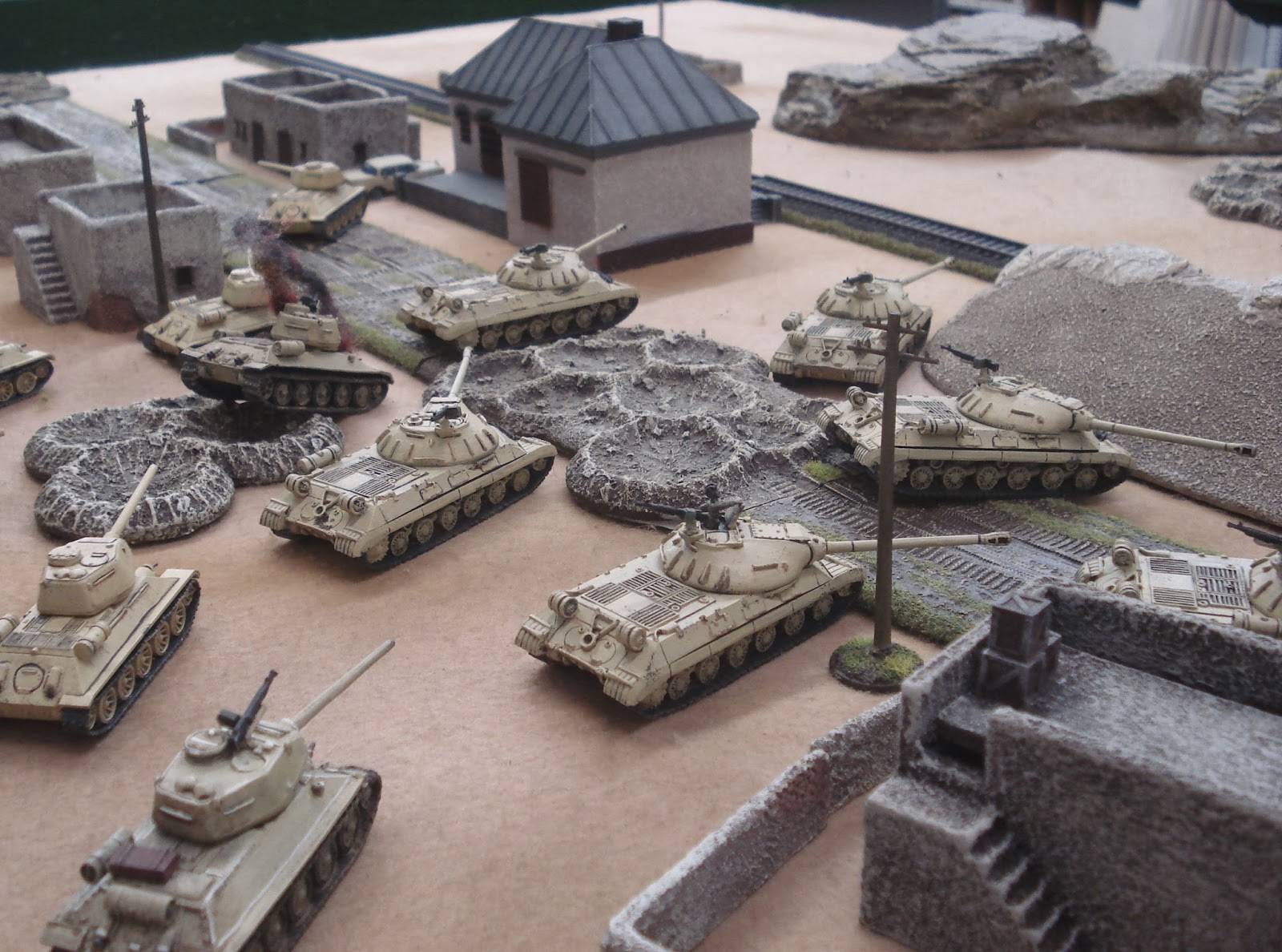 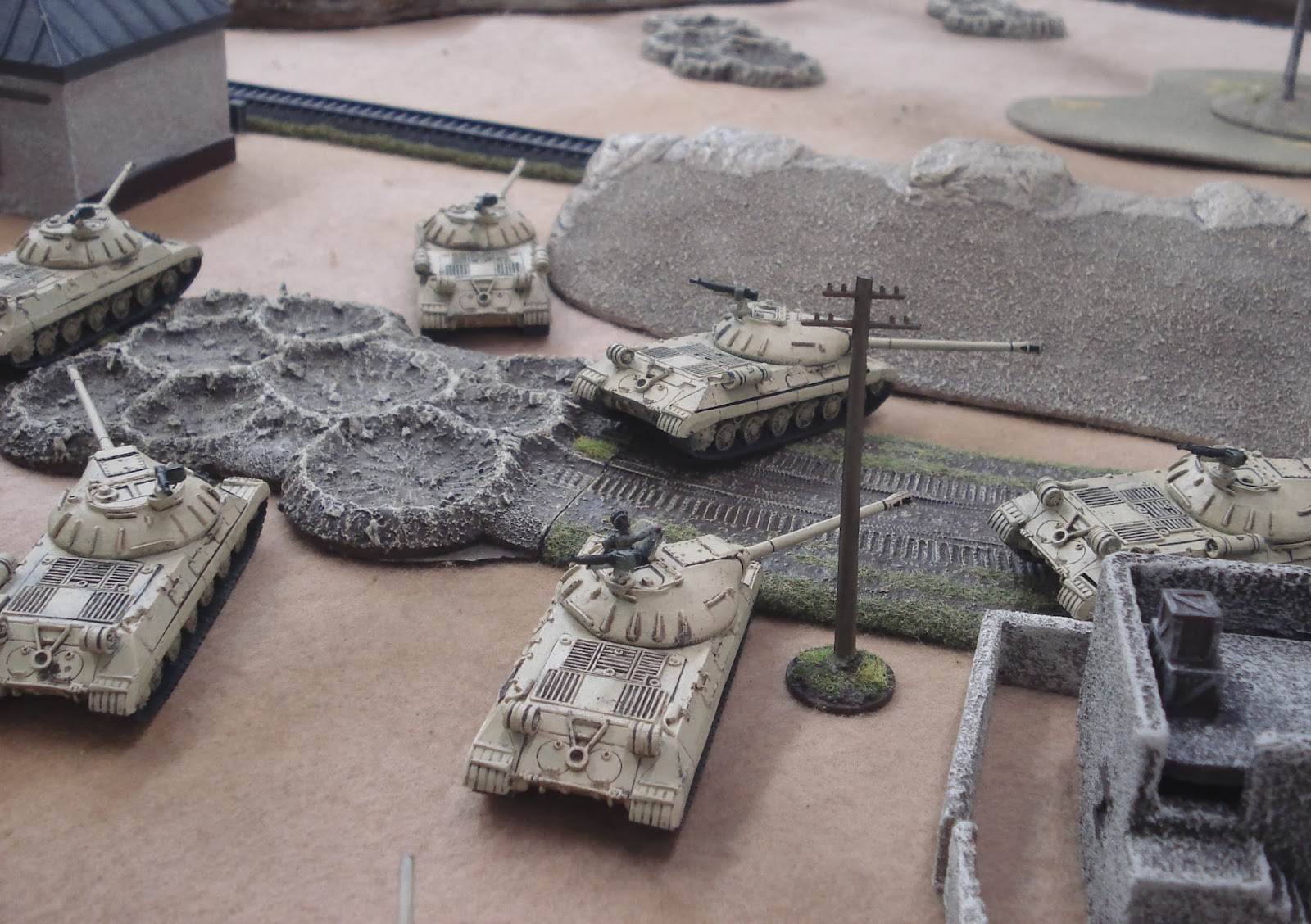 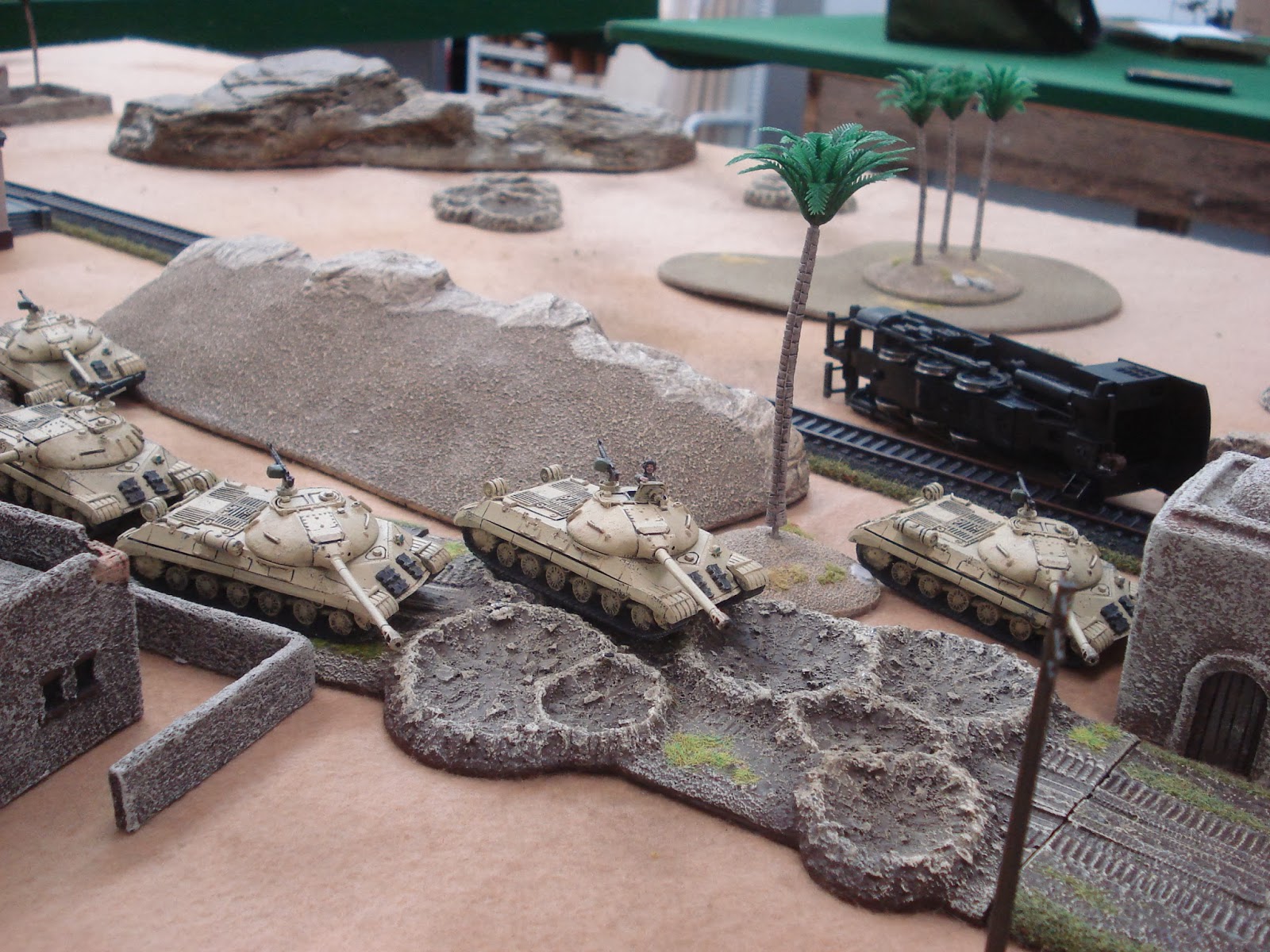 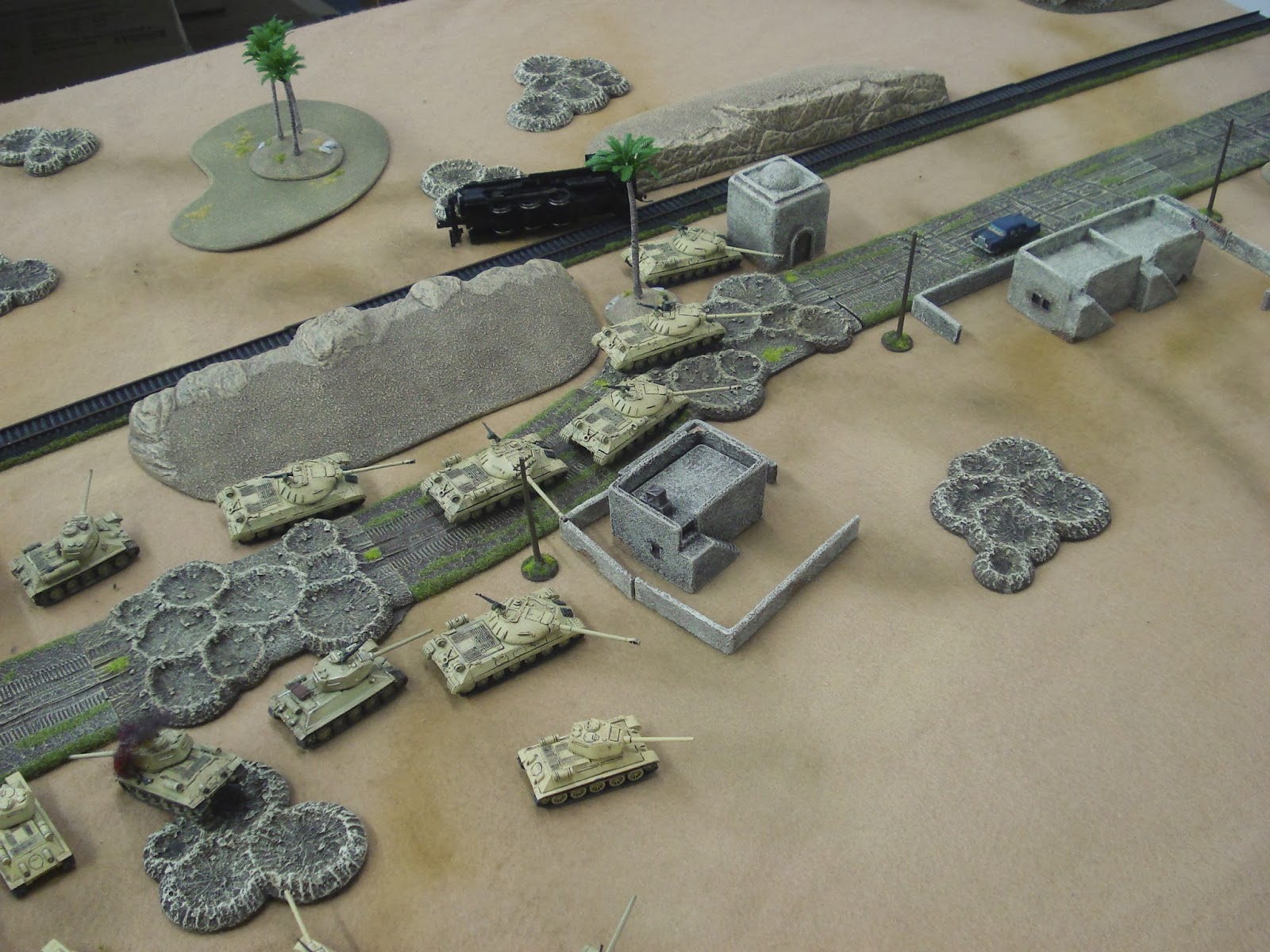 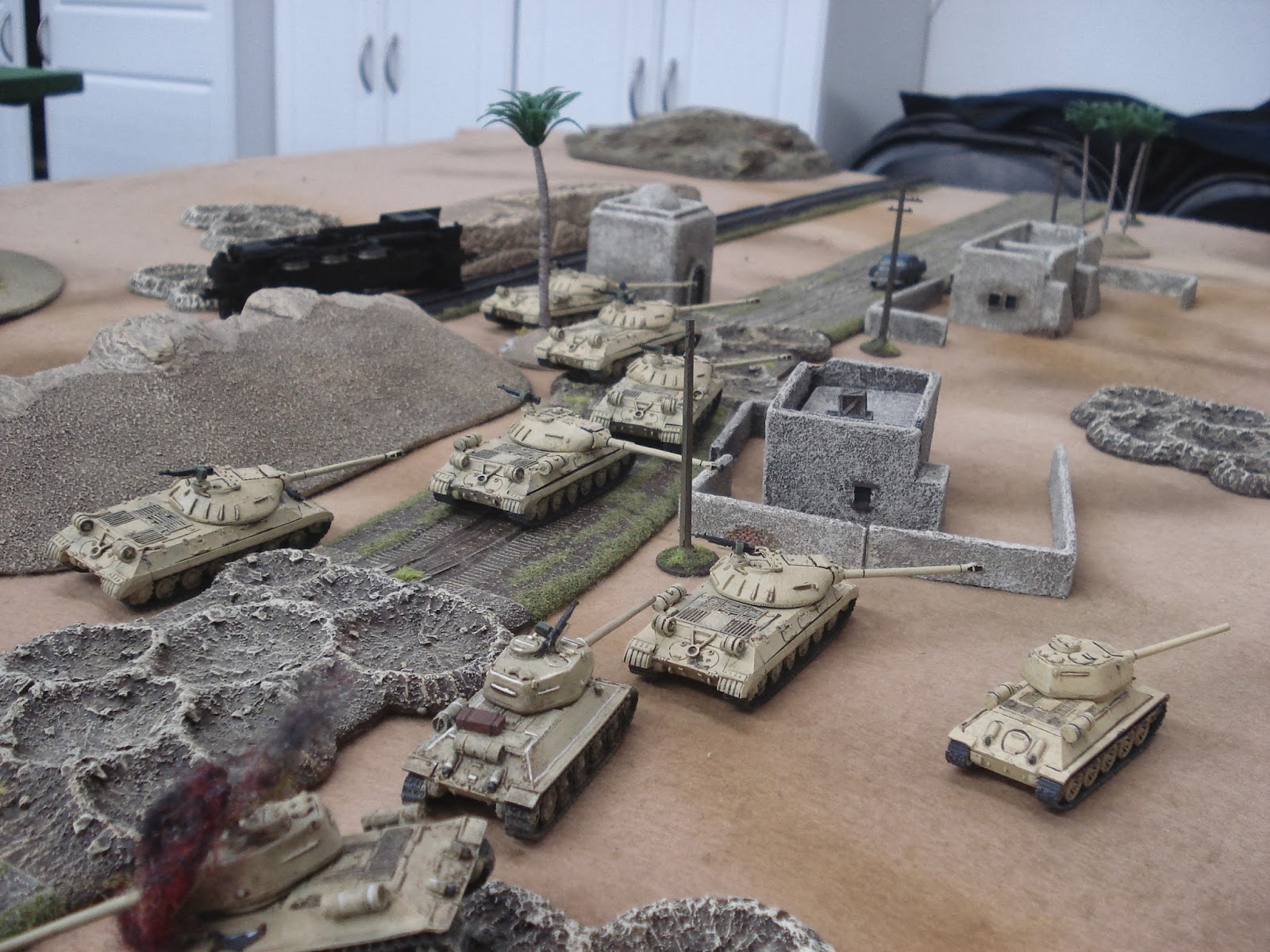 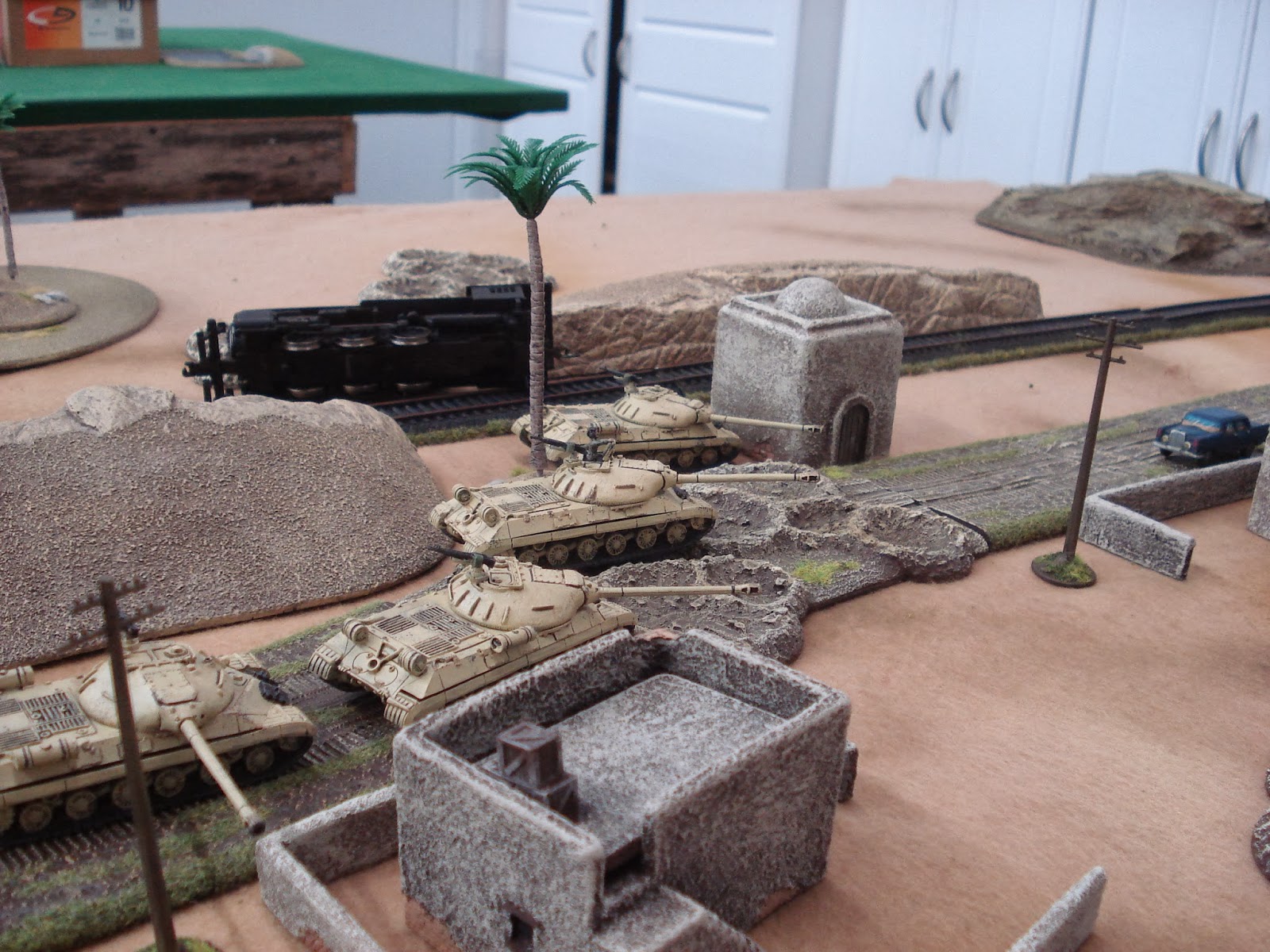 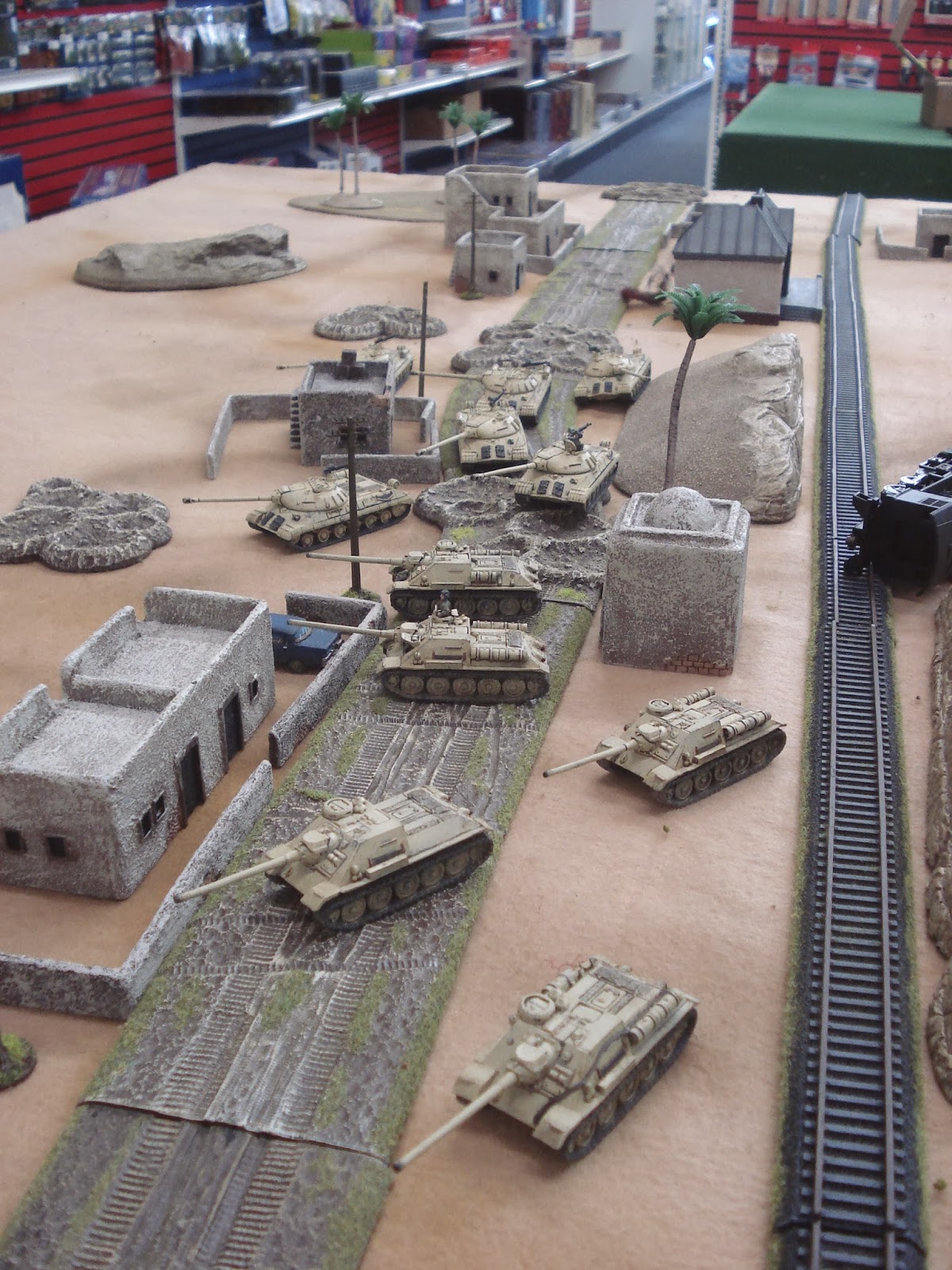 I have been on quite the painting spree for Six Day War miniatures. Next up is my Israeli Infantry and halftracks, all Battlefront. They are great miniatures, as much of the new infantry ranges from BF have been, even if they were lazy with the Jordanians... I used BF's painting guide for the Israelis and it looks good. However most color photos of the time seem to show most uniforms being a little more green that the Vallejo Khaki or yellow green. So for my second platoon, for the infantry lists I'm working on, I will darken up the uniform color a bit. 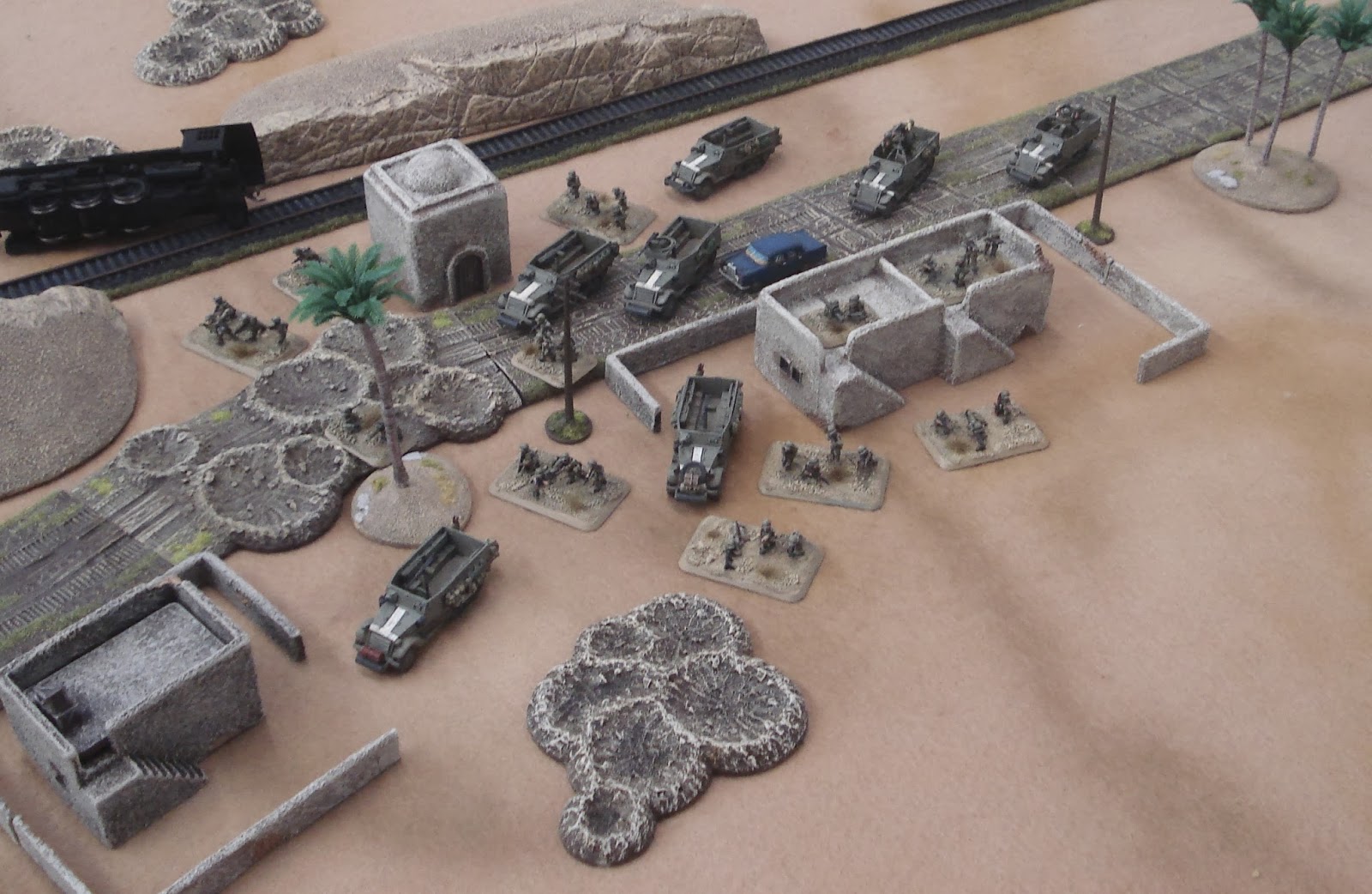 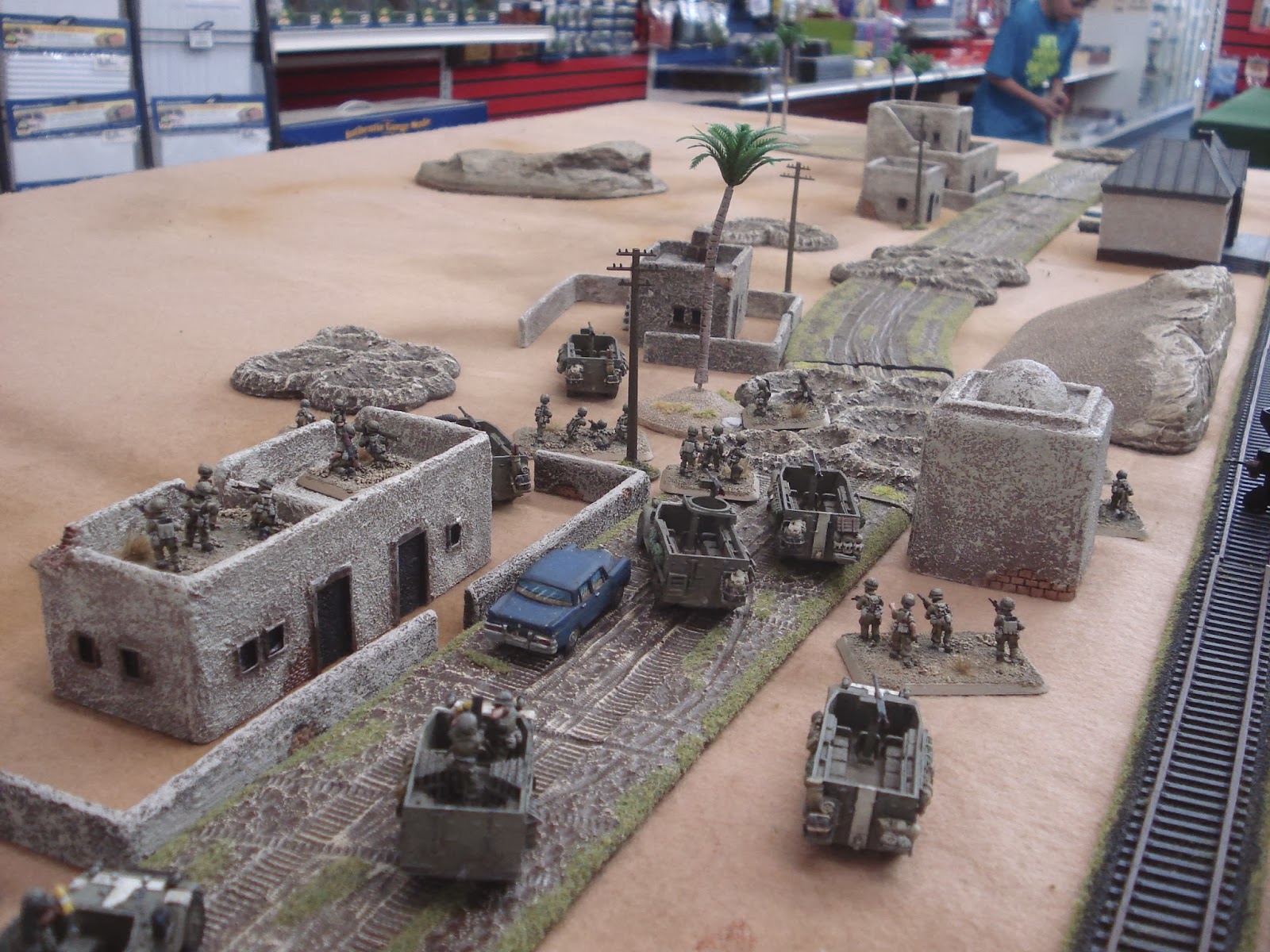 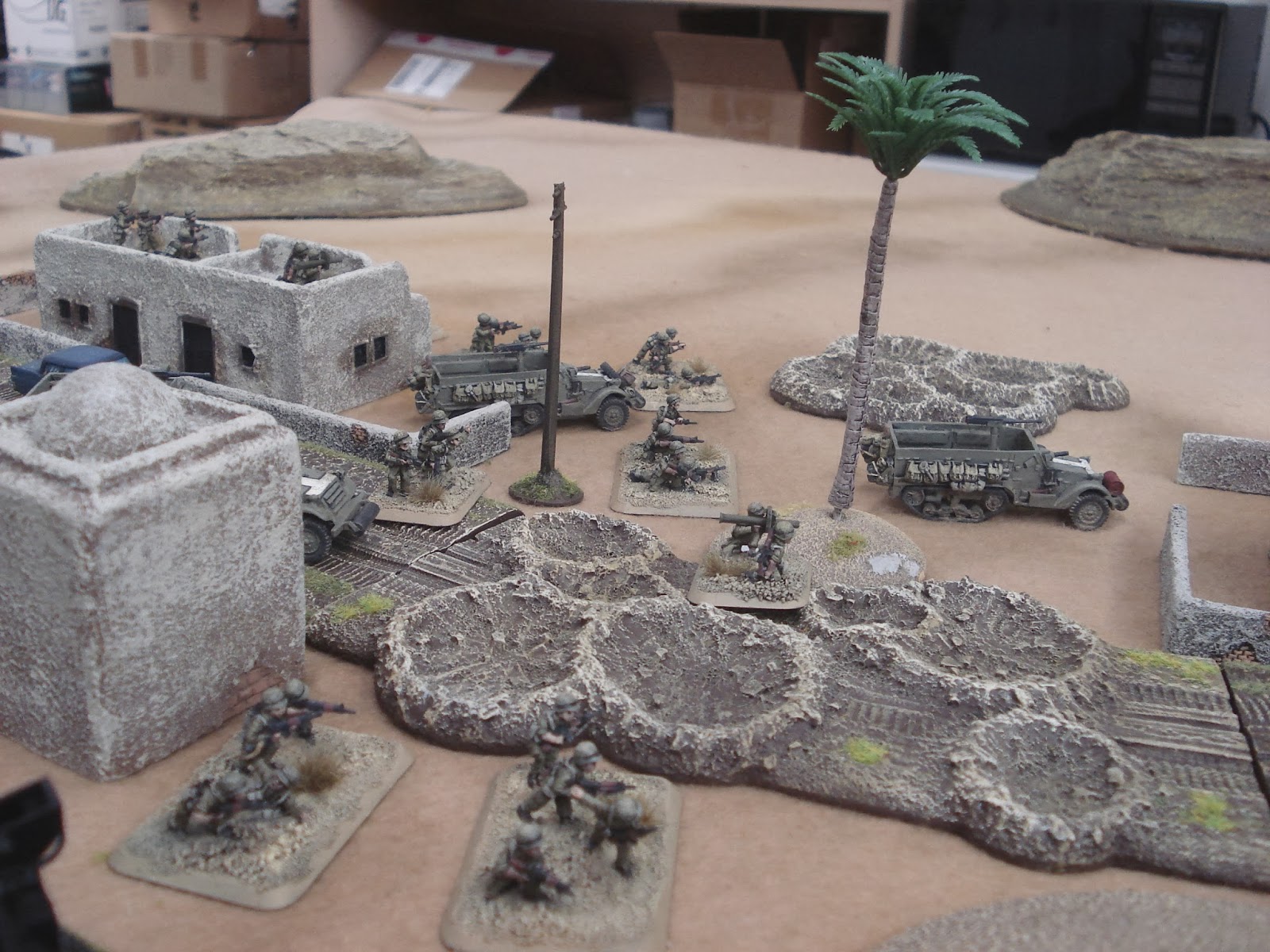 Next up are the first two of my Battlefront AMX tanks. I never intended to use many of these with my Shermans but they were common enough in 67' to add at least a platoon of four. I'll likely go with M50's over them but who knows. 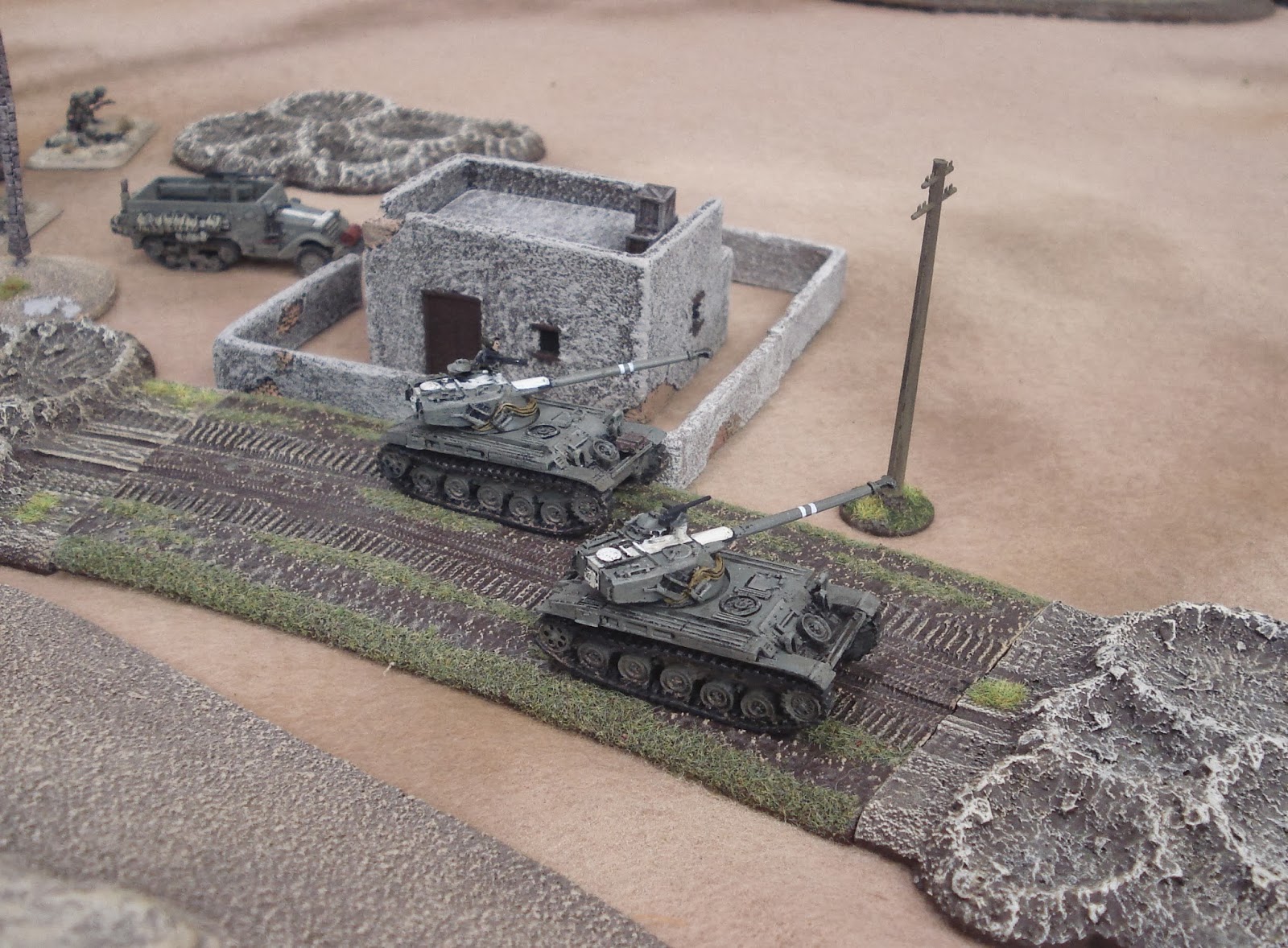 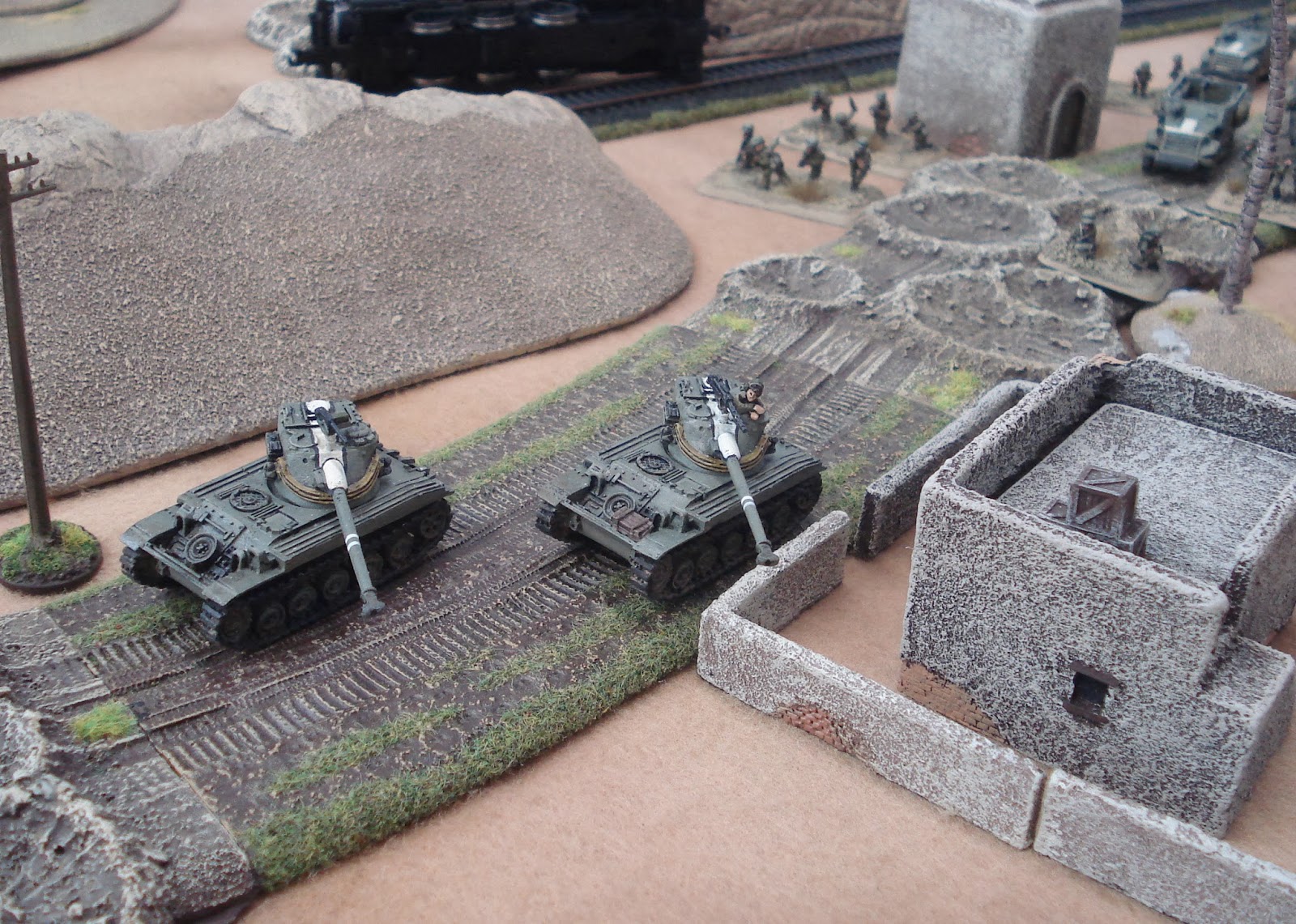 
After months of waiting I finally got my order of BF's Israeli decals to finish off some of the tanks I have on the shelf. So I took them into the shop to get some pics on our gaming tables. While there I took some comparison shots with the Quality Castings tanks I already had.

First up is the M51 Sherman. In my opinion the BF M51 is far superior when it comes to these two tanks. The Quality Castings tank is smaller with the turret especially almost crushed down. BF's M51 costs more but is well worth it in this situation, even though the barrel and mantlet are rather large compared to the real tank. 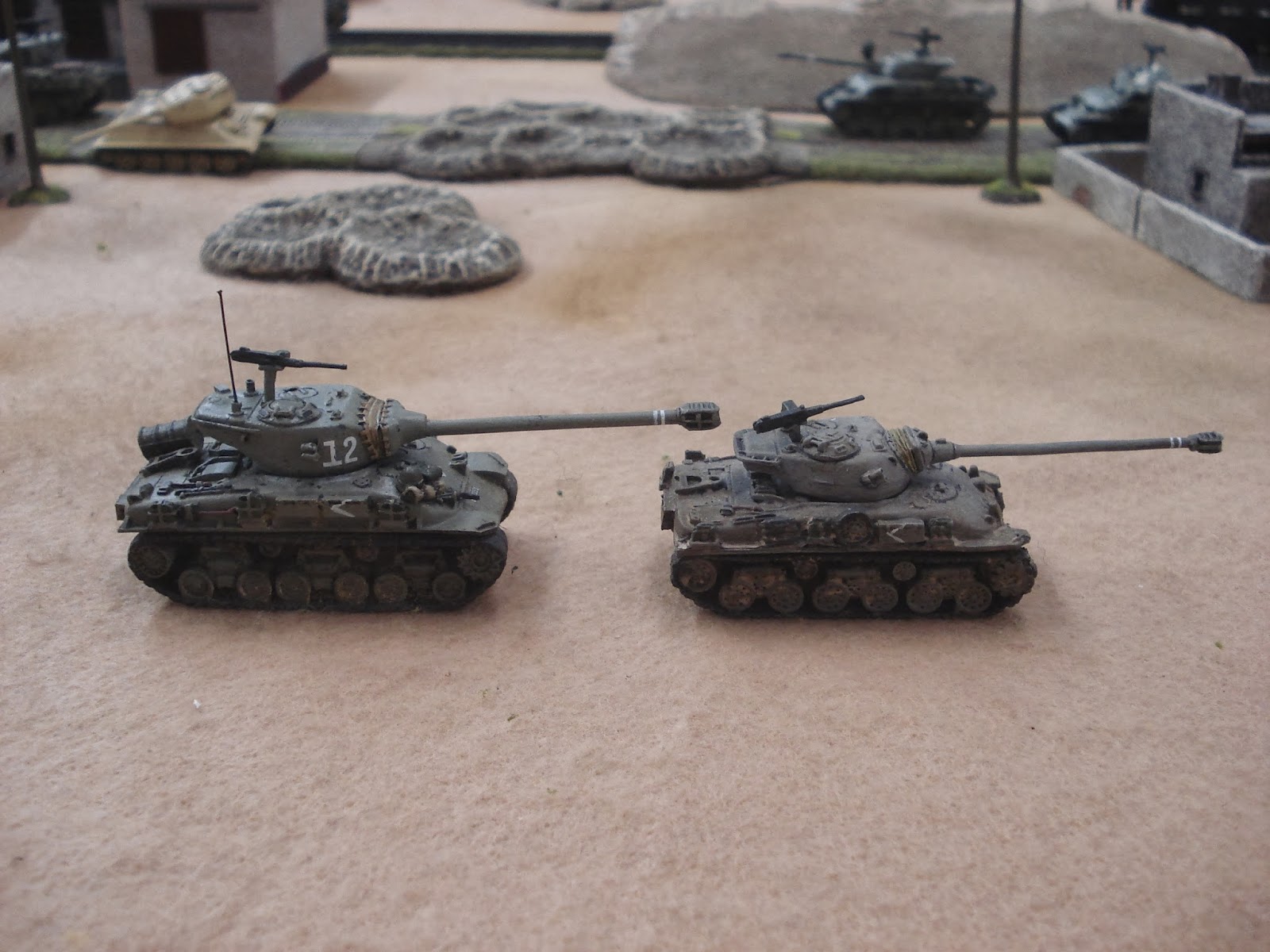 Next up is the M50 Sherman. The two miniatures are much closer on quality. The QC's M50 may be a newer sculpt because the proportions on it are much nicer. As you can see from the pictures below, the BF and QC's M50's are relatively close in size. I have to give the edge to BF but the choice is harder since BF's M50's cost a little more. 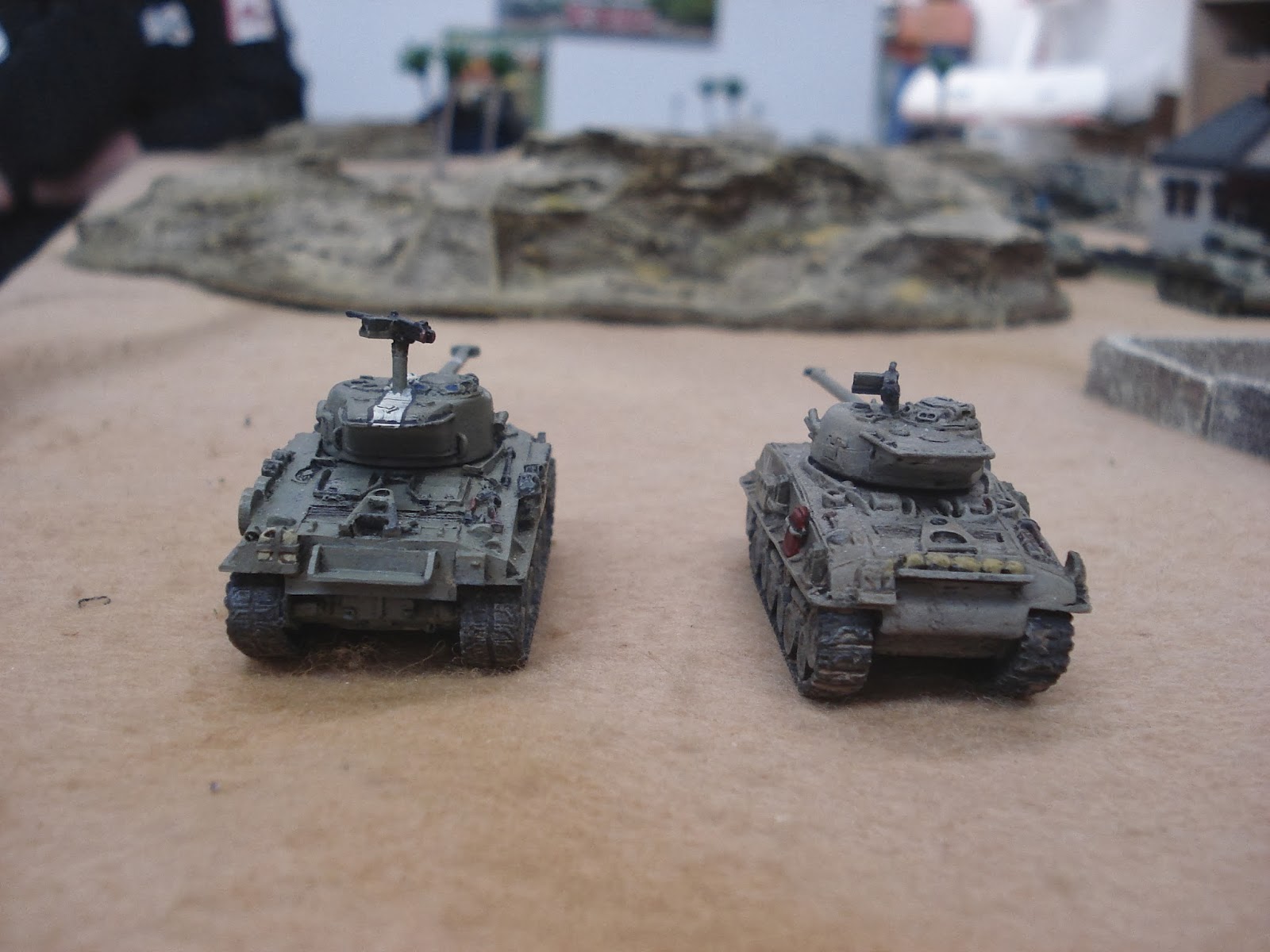 Next up is the AMX tank, once again by Battlefront and Quality Castings. This is another situation where BF's new AMX is much better, in my opinion, than QC. BF's may be just a tad on the large size but the QC tank is seriously on the small size. Oddly enough the difference in price between these two tanks is just a dollar or two... not that tough of a decision. 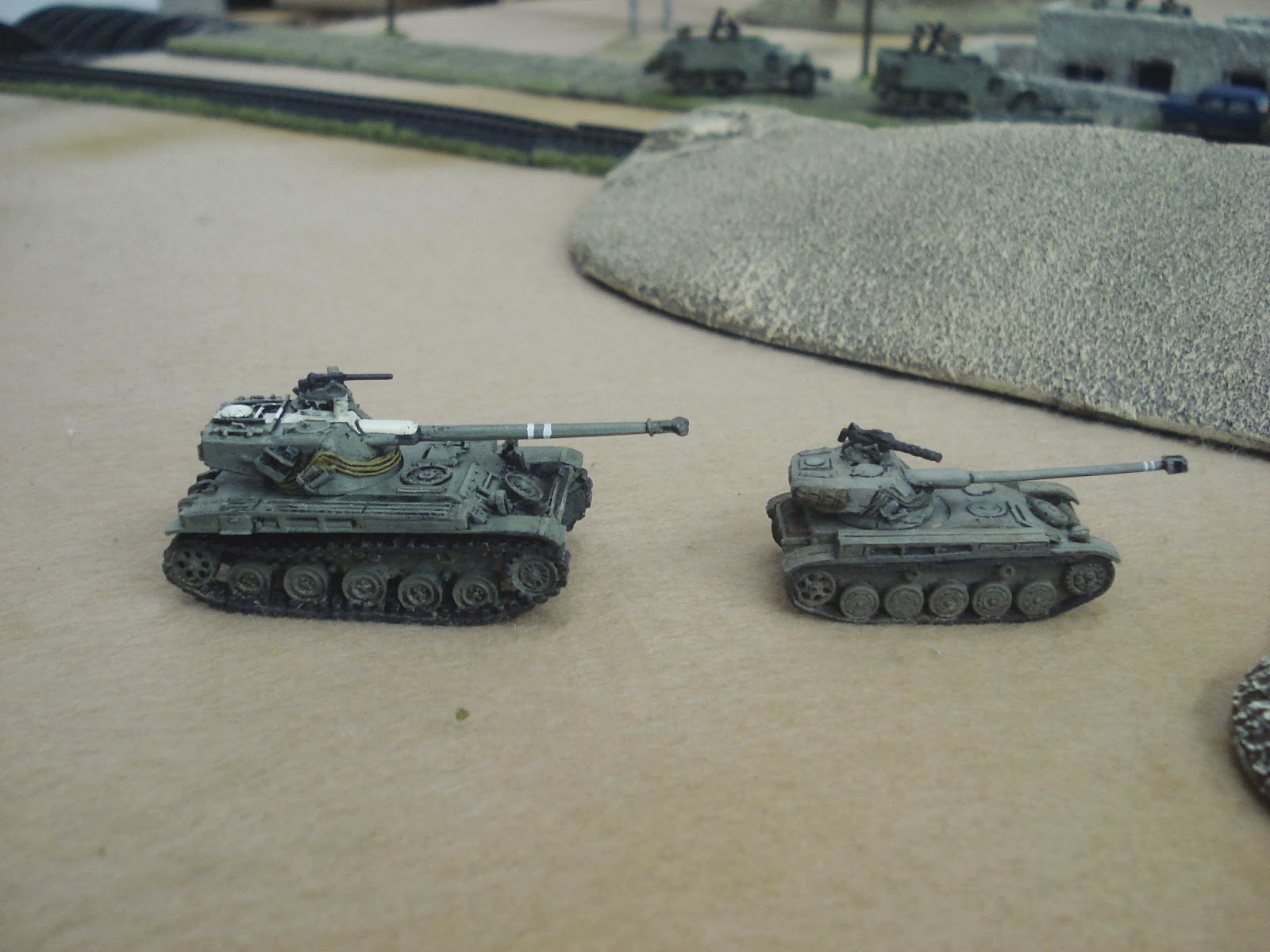 For a long time Quality Castings was one of the only miniature manufacturers to make any of these tanks, and mine have served me well over the last few years. That being said I am beginning to transition my forces over the newer BF sculpts.
Posted by Amroth at 11:35 AM 1 comment: