Today I am putting up so pictures of my traitor legion titans of the Legio Mortis (Death's Heads) from the era around the Horus Heresy. While I haven't played a game of Warhammer 40k in over a decade I still keep reading the Horus Heresy novels from Black Library. The scale of the battles and the degree of betrayal in the novels is really engrossing, even if the quality of the writing does vary, (many different authors writing the series). The novels have not made me want to play 40k any but I do remember the old Epic 40k game, and 6mm is really a great scale for such massive galactic events!

While the miniatures for Epic are no longer made, I was happy to find that through ebay you can still get most of the miniatures for very cheap, if you are patient. I have put together a very nice force of loyalist (Legio Astra) and traitor (Legio Mortis) titans, as well as Imperial Army and Space Marines.

For Legio Mortis, I wanted to show a time early in the Horus Heresy when the titan legion had just began its slide into the clutches of Chaos! So no daemon possessed titans covered in skulls and tentacles and what not. I imagine that most of the members of the legion followed the orders of the Senior Princeps and Tech priests and didn't really realize what was to come... 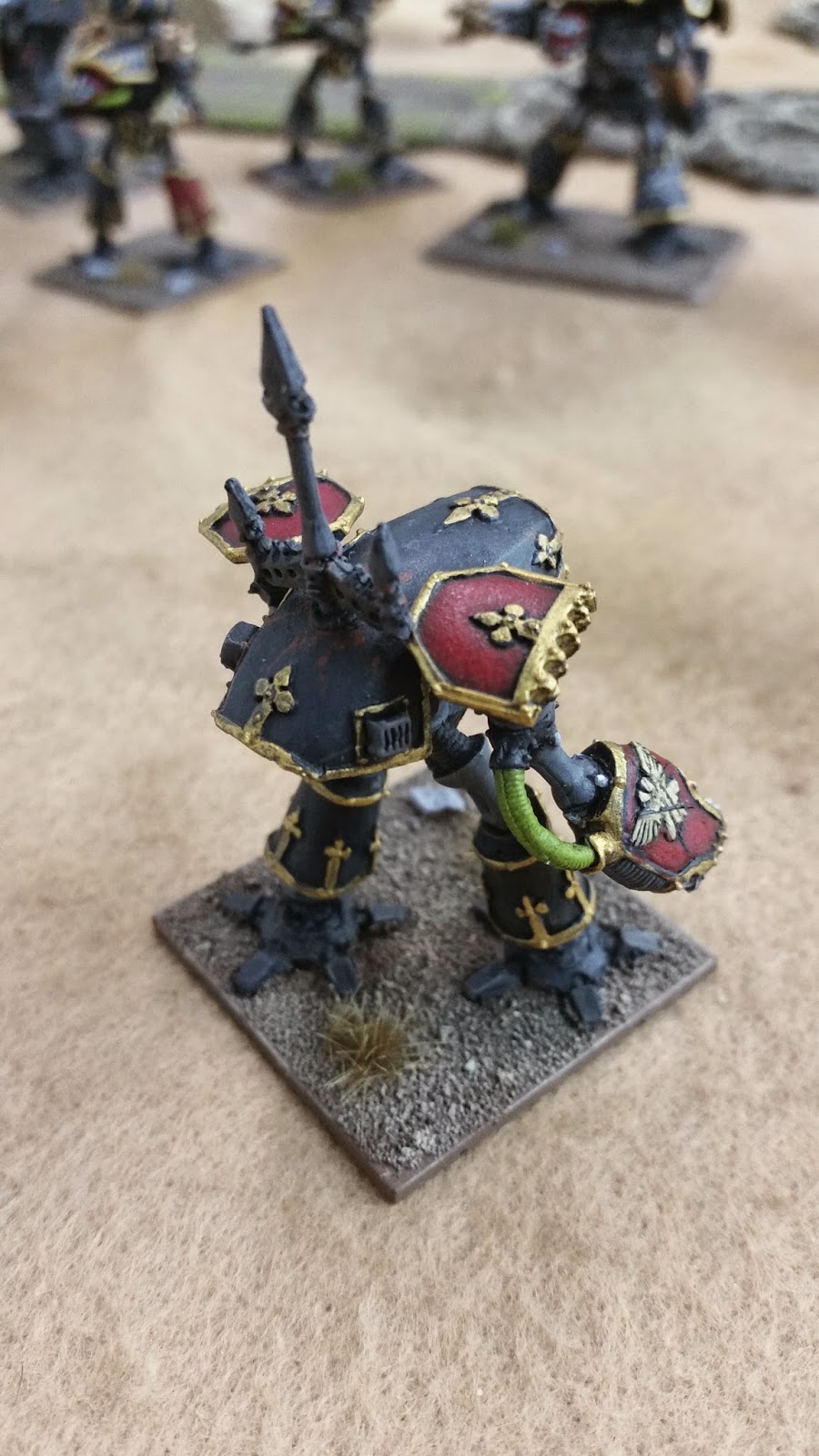 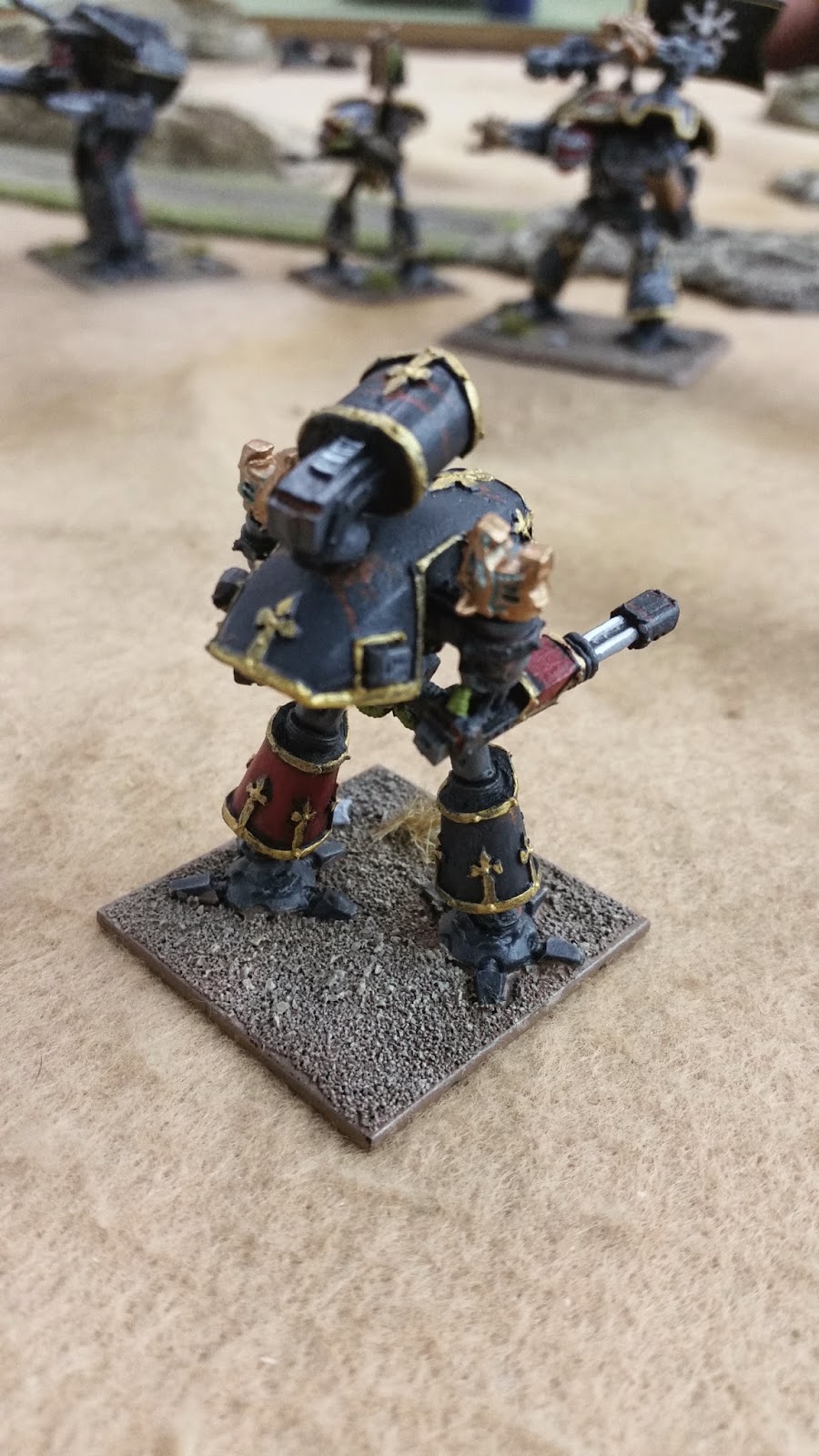 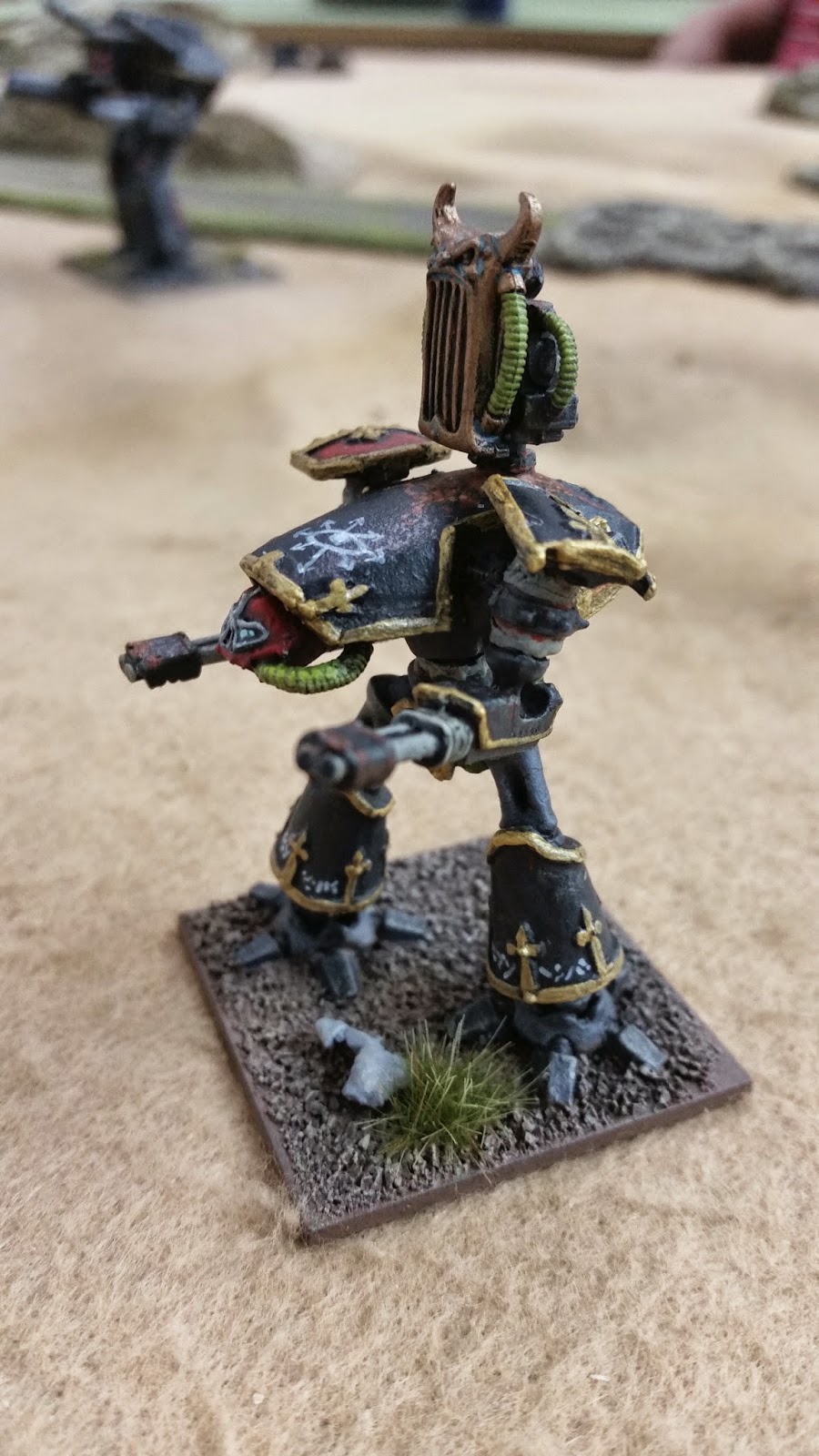 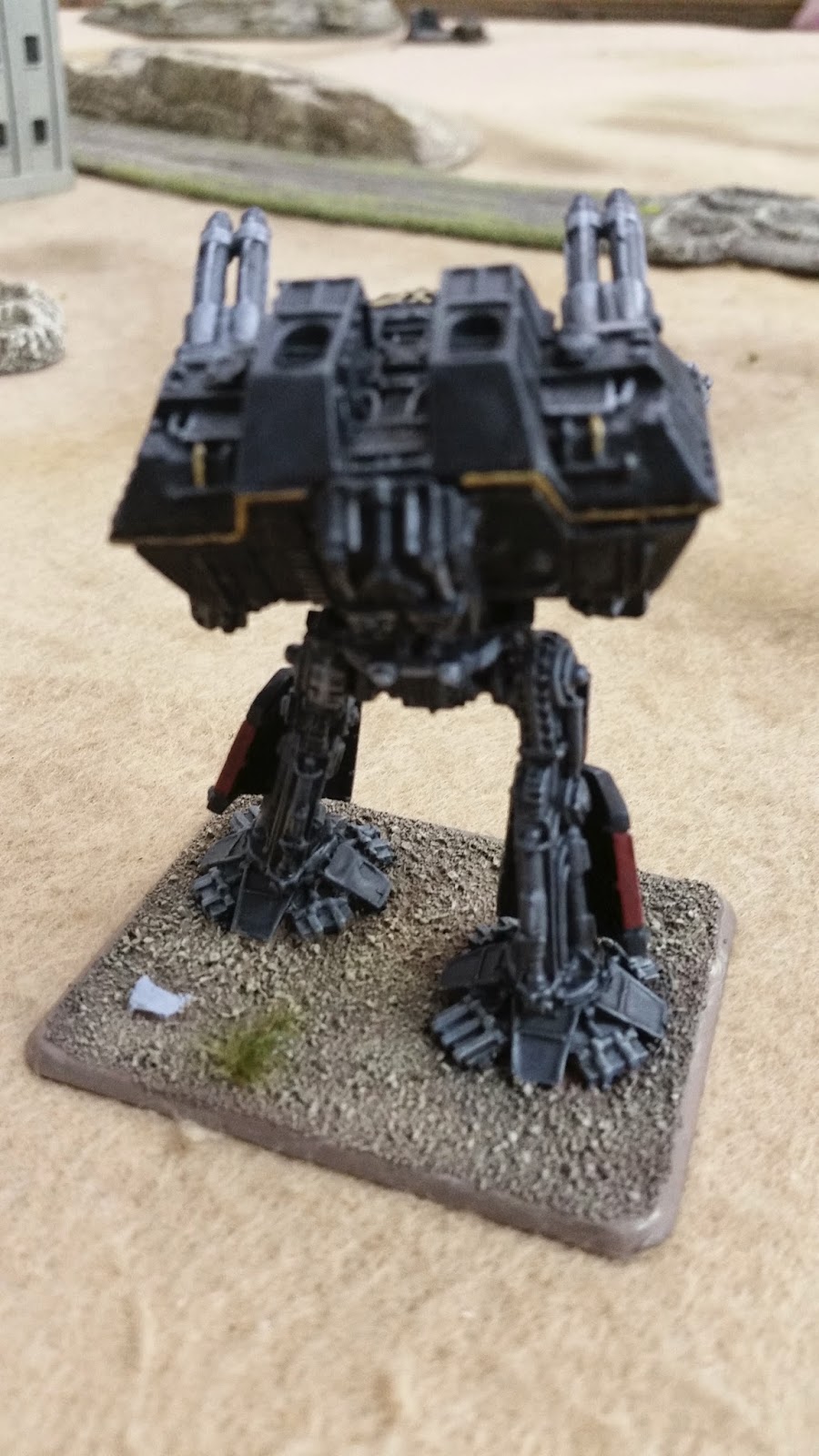 Next up will be one of the  Emperors Loyalist titan legion, Legio Astra!
Posted by Amroth at 5:33 PM No comments: