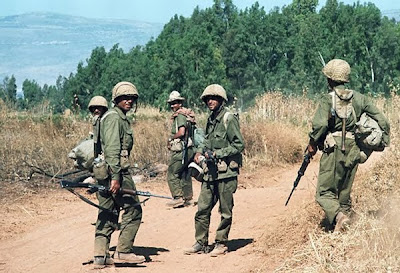 My custom Israeli Infantry have been sitting on my painting table for months. Finally with the release of Fate of a Nation I decided to finish them up. Then what happens, as soon as they are done Battlefront releases there great Israeli Infantry sculpts. Well it looks like I should start working on updated infantry lists for all the '67 armies to go with Fate of a Nation.

The miniatures are from Peter Pig and are their professionals. I then chopped off their heads and replaced them with BF and Peter Pig US infantry heads. I saw this mod on another blog but can't remember which one.


Finally, I have taken my old M48's with the 90mm and removed the Vietnam tank commander and created my own custom Israeli commanders. The makings on these tanks are incorrect, but I'm waiting on the Battlefront decals before I update them. 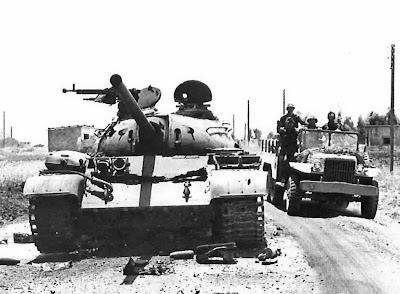 There have been a few reviews of Khurasan's T-55 tanks going around so I'll keep mine brief and let the pictures do most of the talking.

I recently picked up three of Khurasan Miniatures T-55's to compare with my 10 Battlefront T-55's. Below are some pictures of the models and a comparison of the two.
The Khurasan Miniatures T-55's have resin Hulls, tracks and turrets with only the barrel, AA MG, and small bits in metal. The Battlefront T-55's have only a resin hull and turret, the rest is in metal.
The detail is good on both, with Battlefronts being a little more pronounced and therefore visible at 15mm.


So in review, both are great kits. I would probably recommend buying all of one or the other and not mixing them as there is some size difference. Also there is a weight difference as the Khurasan tanks weigh far less than the BF ones. As for price, both are similar in cost, but Khurasan sells individual tanks and group packages whereas Battlefront only has boxes of 5 or 3 for now. I will be checking out the BF Egyptian T-55's next, since mine are all the Vietnam versions. Although all of the photos I've seen of T-55's in 1967 don't have the fuel tanks in combat.
Posted by Amroth at 1:06 PM 1 comment:

I've been waiting on Battlefront's M51 since the first day I started researching the Arab Israeli conflicts. Back then it was just a dream, so I made due with Quality Castings M51 Shermans... they were less than impressive. Then word came that Khurasan Miniatures was working on the Yom Kippur War and I was hopefully they would show the old Israeli Shermans some love. Finally Battlefront announced Fate of a Nation and I knew the big bad Isherman was on its way.

After rather impatiently waiting on them to finally arrive I have at least assembled a few boxes of M51's. Here is my Company Commander. I drilled out the .50 cal mount and added a brass tube to make it stronger. And as per norm for me, I chopped up a few tank commanders and did headswaps to get my crew. 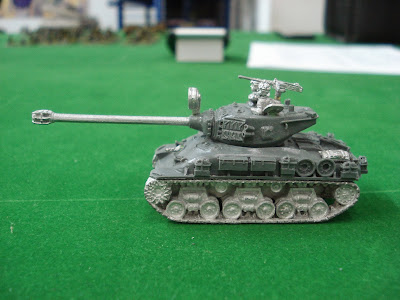 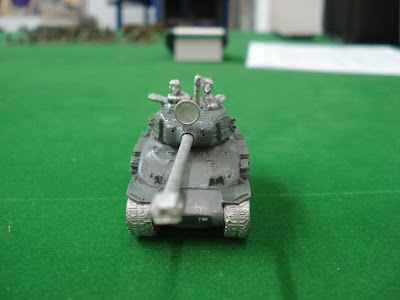 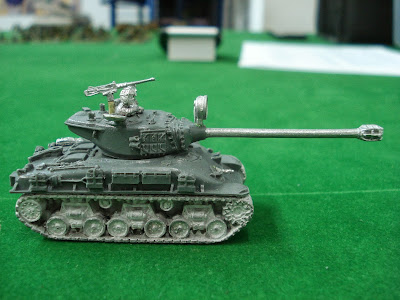 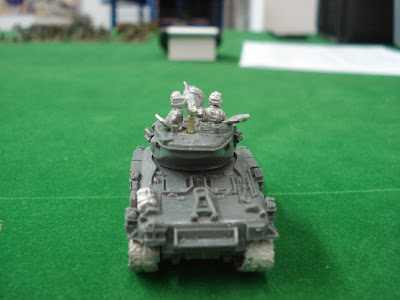 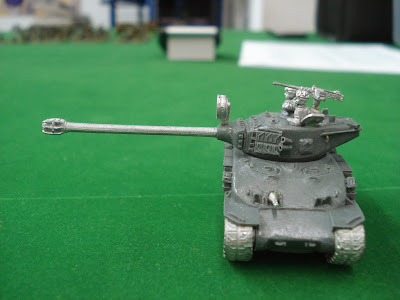 All in all a great kit, just what I was waiting on. If I wanted to nitpick I would have preferred the mantle and barrel be one piece like the M48 and M50 Sherman miniatures.

Below are some comparisons between the Quality Casting M51(painted) and Battlefront's (unpainted). 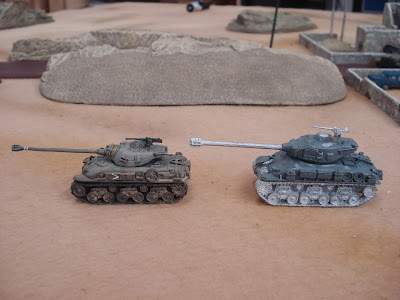 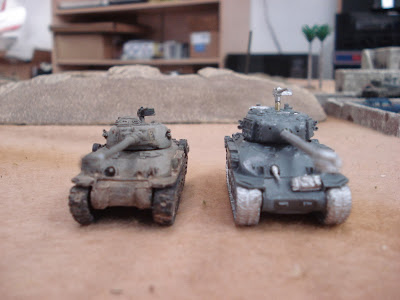 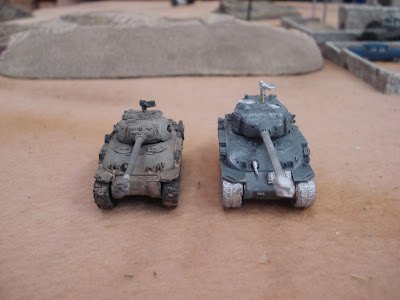 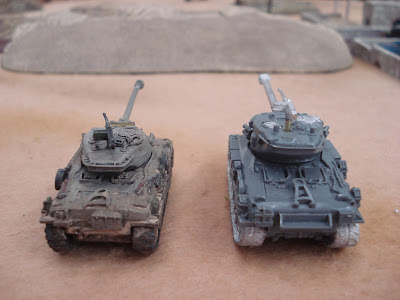 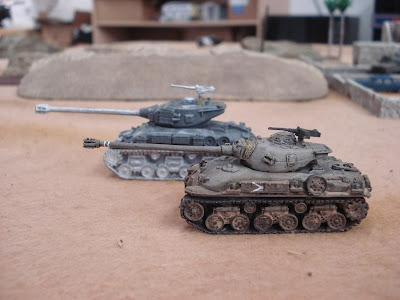 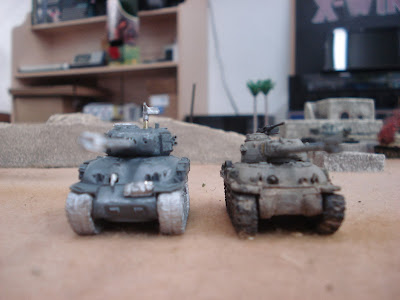 Now if we could just get the decals...
Posted by Amroth at 10:37 AM No comments: