If there is one positive during this pandemic, it is that I've had a lot more time to paint...
But besides building Gundam kits, and working on my huge backlog of Warhammer mini's, I also have found time to paint up a lot of FOW Team Yankee tanks. Many of these have been sitting around for several years! So you should expect several more posts about this, as I've pulled out my Soviets and Americans and taken a lot of pictures.
But for today, I wanted to show off the difference between the main Soviet tanks in TY WWIII right now. I don't have any T-55's for TY as no Soviet list can currently use them, but it does look like they will be an option for the Soviets in the upcoming book.
Below are comparison pictures of a Soviet T-62M, T-64, T-72 and a T-80U. These are all great, multi-part, plastic kits by Battlefront. The T-72 miniature was released first, followed by the T-64, T-62M and then the T-80U. So the quality, and ease of assemble just keeps getting easier and easier. Many parts that were really fiddley and difficult to glue onto the T-72 are molded onto the T-80U without any loss of detail. 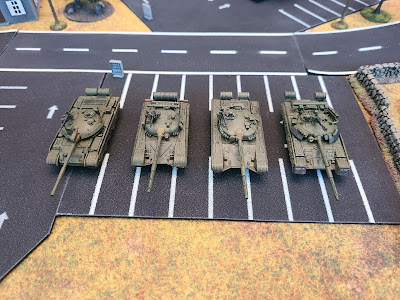 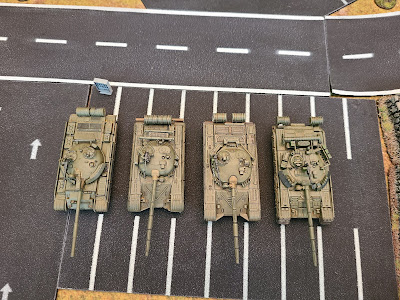 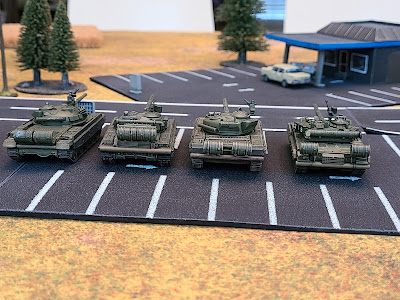 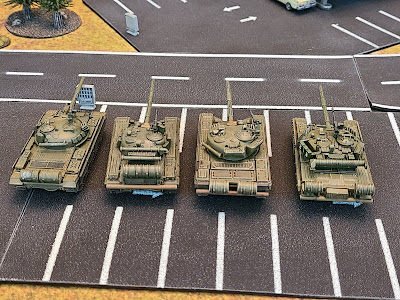 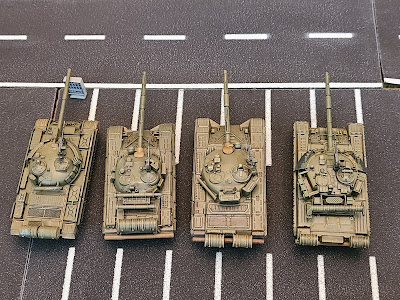