The Far Sky is one of the newer titans of Legio Atarus, having been built on Atar-Median just a century before the Horus Heresy began. Princeps Janis Garvin has helmed the Reaver Titan since its addition to the legio. However during the campaign against the orks in the Segmentum Obscurus the Far Sky's machine spirit began to show increasingly aggressive tendencies. The reaver would push Princeps Garvin to close to dangerously short range to finish off damaged ork fortress vehicles and relished in crushing enemies underfoot.

Once news of the Warmasters betrayal reached Maniple Laeto Ferro and the titans were stowed on the mighty mechanicum ships for transport to the warzone, the machine spirit of the Far Sky quieted. However, Princeps Garvin can still fell the built up rage while interfacing with the titan on the journey. Princeps Garvin feels as though the Far Sky is merely waiting for it's chance to face off with traitor titans, and on that day she hopes she can control the machines will. 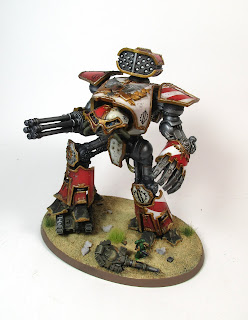 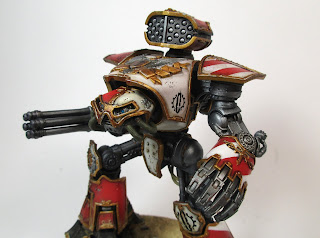 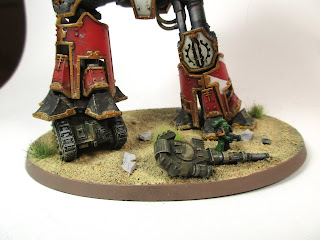 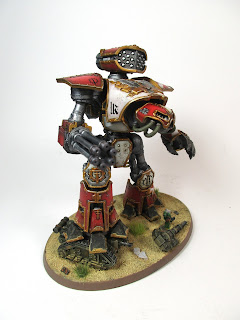 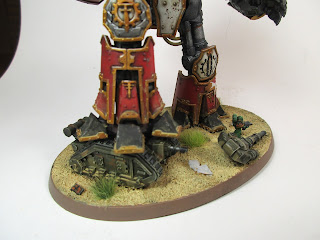 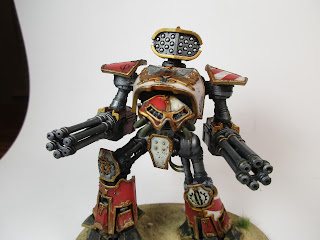 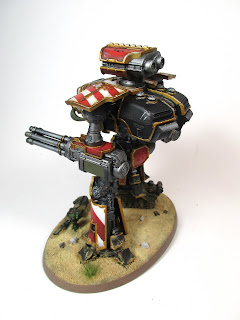 Celeri Accipter is one of War Maniple Laeta Ferro's four Reaver Titans. Princeps Alphonse Jakobus who commands the titan is one of oldest of the princeps of Legio Atarus, having witnessed, as a child, the arrival of the Great Crusade while the still on Forgeworld of Phaeton. The Celeri Accipter was a truly ancient god-engine, and had fought against the horrors of Old Night on Phaeton. When the dispute with Mars led to part of the forgeworld's strength being sent away, both Jakobus and Celeri Accipter made the trek to Atar-Median and formed the core of Legio Atarus.

When the Warmaster Horus betrayed the dream of mankind and turned against the Emperor, few were as embittered as Alphonse Jakobus. He had been born with the fear of Old Night all around but had seen first-hand the hope and promise brought with the Great Crusade. The betrayal of that dream had ignited a deep hatred of the traitors within his ancient heart.

Due to his age, Princeps Jakobus, is one of the only princeps of the Legio Atarus to be contained in an amniotic tank instead of hard-plugged into the MIU. As the fires of the Horus Heresy burn, the Celeri Accipter became one to the most efficient titan killer of War Maniple Laeta Ferro, partly because of Princeps Jakobus' controlled anger and partly because of Celeri Accipter's load out of two Laser Blasters and Apocalypse Missiles. 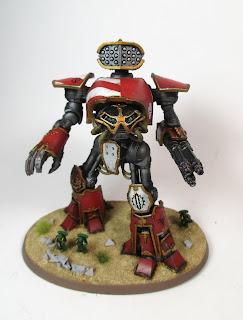 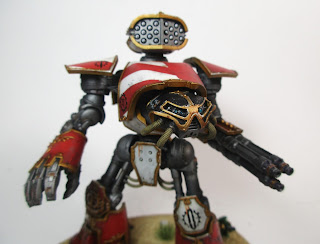 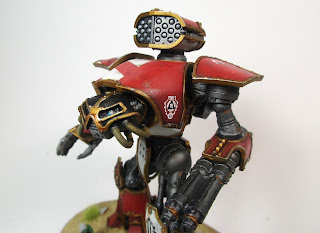 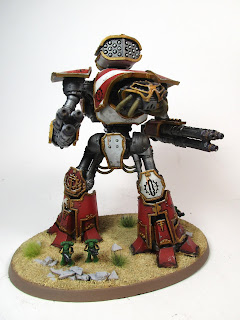 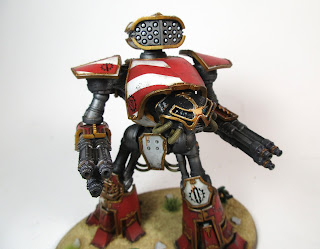 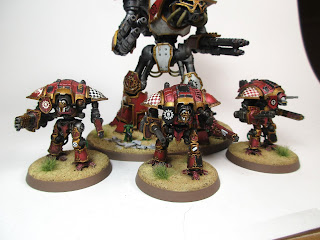 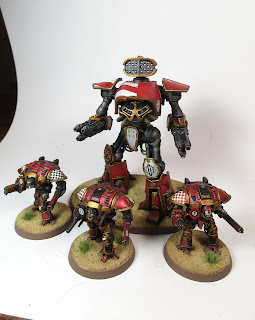 Posted by Amroth at 8:25 AM No comments: